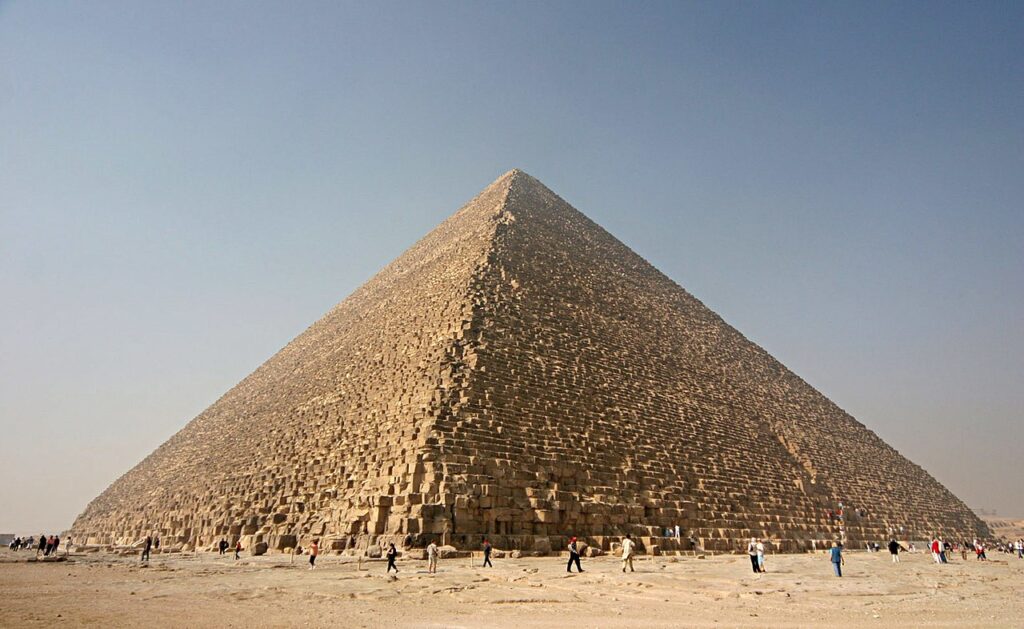 The Indus Valley Civilisation (or simply, the Indus Valley) was a Bronze Age civilization in the northwestern regions of South Asia that lasted from 3300 BCE to around 1300 BCE, and in its mature form from 2600 BCE to 1900 BCE.

One of the three oldest civilizations of the Near East and South Asia, the sites spreading over a region extending from northeastern Afghanistan, across most of Pakistan, and into the northwestern part of India.

The people of the Indus civilization flourished in the basins of the Indus River, which flows along the length of Pakistan, and along with a network of perennial, mainly monsoon-fed, rivers that once coursed in the vicinity of the seasonal Ghaggar-Hakra river in northwest India and eastern Pakistan.

The role religion played in early agricultural communities cannot be underestimated. Chavin de Huantar explores how religious views were transmitted in the past. The man-made maze under the temple is a man-made god engine that distorts and echoes sounds remarkably creepy.

Investigators suspect the pilgrims may have fallen under the influence of narcotics, causing an extreme religious experience. This helped the priests to establish a theocracy in the region, and inevitably part of that religion included convincing the peasants to produce surplus farmland for the benefit of the elite.

My favorite site, in general, is the one I grew up on in French Creek, near Lorain, Ohio. I volunteered there for two summers to support a university group that excavated the site prior to the construction of the city.

The place was a stop for locals before white settlers started exploring the area, and the nearby creek was a good fishing spot. There have also been some burials. as well. Later, the land was part of a farmstead, and we were able to map the layout with various methods.

I was able to listen in on the daily tutorials while I was a high school student at the time, as well as study the methods used to understand the site. The picture below comes from the French Creek Reserve in Lorain County, very similar to where I spent those 2 summers.

For the most fascinating excavation history, my favorite location is the ruins of the town of Troy, in Turkey. Heinrich Schliemann, the man who discovered it, was a genius in his own right, and a man of many talents. He was able to speak English, French, Dutch, Spanish, Portuguese, Greek, Spanish, Swedish, Polish, Italian, Latin, Russian, Arabic, Turkish, as well as German at the end of his life.

In Mycenaean history, he was also well studied. Schliemann started digging at Hissarlik’s site in 1871, assuming the town of Troy was at its lowest level. At different heights, he discovered a variety of artifacts but attributed them to Homer’s Troy, including a gold mask he called “The Mask Of Agamemnon.” Modern scholars are skeptical of this argument, and of the use of dynamite by Schliemann to excavate the site, but most now accept that Troy is Hissarlik.

Often known as the Pyramid of Khufu, this is the oldest (4,500 years old) and tallest (258.4 m in height) of three pyramids that surround the area of the ancient Egyptian Old Kingdom city of Giza. This is the most well-known one of the Seven Wonders of the Ancient World, and the only one to remain largely intact.

The Egyptians claimed that the pyramid was constructed as a tomb for Khufu during a 20-year period beginning about 2560 BC. At 146.5 meters, the Great Pyramid was the tallest man-made building for more than 3,800 years.

It is expected to weigh nearly 6 million pounds, and composed of 2.3 million bits of limestone and granite. Originally covered by limestone casing stones that developed a smooth outer surface; today the underlying core layer can be seen at the foundation. The stones were taken from a quarry and raised into place, although there are conflicting scientific and alternate hypotheses on the exact procedure.

The Great Pyramid has three chambers. The lowest chamber was cut into the bedrock and was built on the pyramid. The upper chambers are called the Queen’s Chamber and the King’s Chamber. The key component of the Giza complex is a series of buildings that included two mortuary temples, three smaller pyramids for Khufu’s wives, an even smaller “satellite” pyramid, a raised causeway linking the two temples, and small mastaba tombs for nobles circling the pyramid.