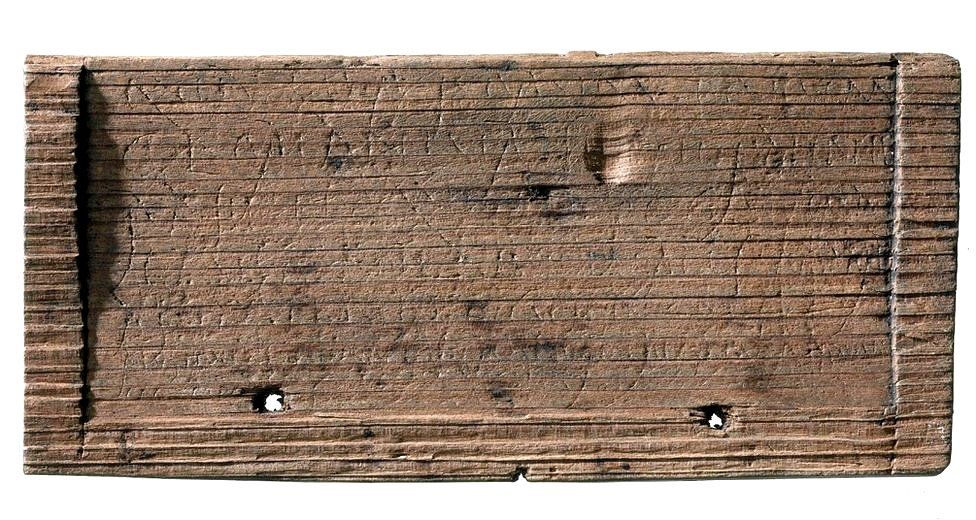 Archaeologists announced the findings of a dig in London as the first-ever written roman record in a recent discovery. The record is handwritten and is Britain’s oldest written roman document discovered.

The nature of the contents of the documents was revealed after The Museum of London Archaeology undertook the project of deciphering the document; the record is dated January 8, AD 57. The discovery was made in a dig at Bloomberg’s new headquarters.

MOLA (Museum of London Archaeology) has also claimed that a team of experts has successfully translated the documents with the oldest reference to the modern city of London.

The dig at the Bloomberg’s produced some 700 big and small artefacts; including financial transactions and some schooling referencing. All artefacts and their translation will go on display by the Museum of London Archaeology.

The significance of the documents is paramount; according to MOLA, these writings shed light on the early life of the London city. These documents also provide a detailed understanding of the mindset of the early inhabitants of the city who worked, lived and practically made early London.

The recent findings containing the earliest reference to the city of London beats Tacitus’ mention of London which was written some 50 years later from Bloomberg’s documents.

The director at MOLA Sophie Jackson said that the findings far exceeded the earlier expectations by the experts. She added that archaeologists now have a plethora of documents to form a framework of understanding about the early Roman Britons.

One of the most talked-about and perhaps the most readable of all tablets are thought to have been produced between 43-53 AD according to MOLA experts. It is also highly likely that it is from the first decade of Roman’s rule over Britain and provides a glimpse into people’s behaviour towards the financial transaction.

The document is an excerpt of a letter perhaps written to a lender in which the scribe is warning the lender to be more mindful of the fact that he has given some loudmouth people loan for their business in the market; and that those people are now boasting around exposing his status.

Unlike the other ancient tablets, these tablets are mostly made of wood, which is then covered with blackened beeswax. The beeswax did not survive the wear and tear; however, it did serve as a protection over the wooden tablets and leaving the marking of the writings over the wax on the wooden surface below.

Another factor that highly contributed towards the protection of the tablets was the fact that these were mostly buried under the mud created by the water from Walbrook River.

After the initial excavation was finished, the tablets were kept in water for some period before they were thoroughly cleaned and freeze-dried; in order to get a better sight of the etching on the wood.

The head of the translation project at MOLA Dr Roger Tomlin who translated most of the tablets expressed immense gratitude for eavesdropping on the lives of the earliest Brits. Members of the public could see these tablets on display along with their translation in The London Museum Exhibition in autumn 2017.