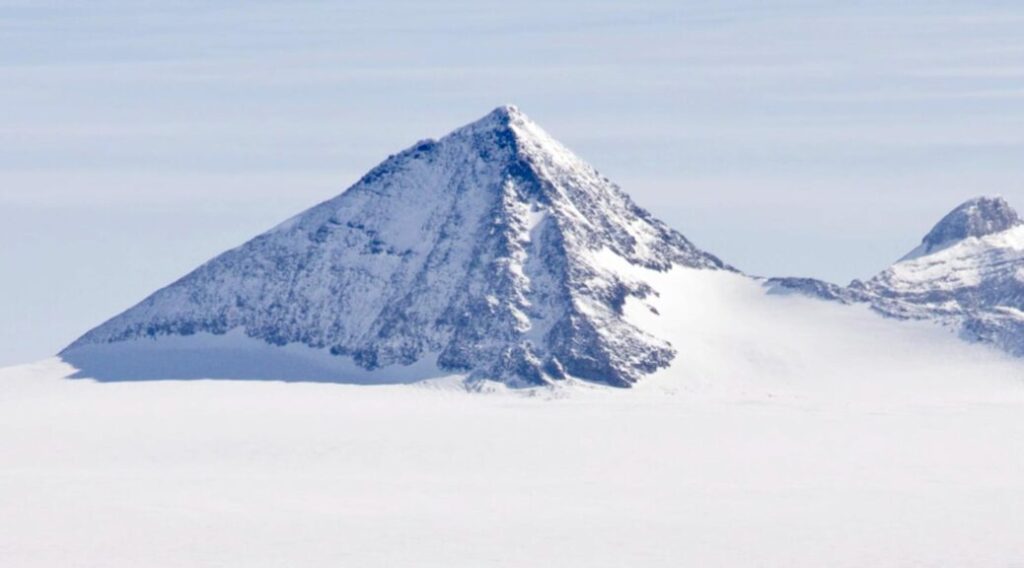 Three ancient pyramids have been discovered in Antarctica by a team of American and European scientists.

Two of the pyramids were “supposedly” discovered about 16 kilometres inland, while the third would be very close to the coast.

The first images of the pyramids between the ice, appeared in the Western media a year after their discovery, circumstances indicate that there may be evidence that the South Pole in the past had been quite warm to be inhabited by ancient and flourishing civilizations.

So far little is known about the pyramids, the team of explorers continues to maintain silence about the discovery.

The only reliable information provided by scientists was that they were planning an expedition to investigate and determine with certainty if the structures were of synthetic or natural origin, but to date has been disclosed yet no official confirmation.

If the researchers were able to show that the pyramids are of artificial origin, their findings could lead to a bigger and shocking review of the history of humanity.

Always in Antarctica, in 2009, scientists found the particles of pollen in the atmosphere, a discovery that would lead to the hypothesis that once grew there palm trees and summer temperatures could reach at least 21°C.

Three years later, in 2012, scientists at the Desert Research Institute in Nevada have identified 32 species of bacteria in water samples of Lake Vida in East Antarctica.

The question then arises: is it possible that Antarctica was once warm enough so as to host an ancient civilization? But above all, in addition to the pyramids, what is hidden beneath that ice?

So the dilemma that still does not give us peace is: who, or what has created these pyramids in Antarctica? It is a pure invention, three mountains of natural origin, or of a disturbing reality?