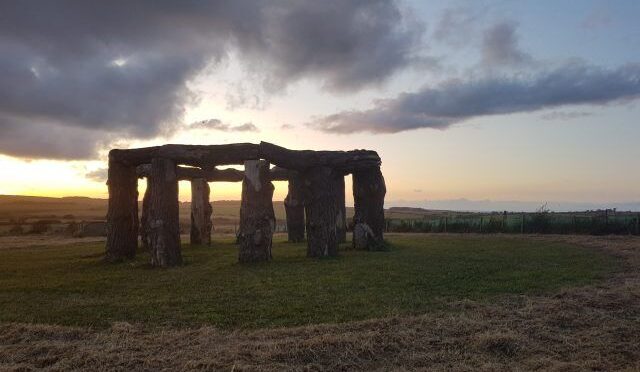 “As described by António Valera, who was the archaeologist in charge of the excavations, the Perdigões structure was a prehistoric ceremonial site found in the middle of a complex of 12 ditch enclosures and “articulates with the visibility of the megalithic landscape that extends between the site and the elevation of Monsaraz, located to the east, on the horizon.

The site was used for religious ceremonies, burials, and rituals as several pits with sacrificial items had been recovered.

People would travel long distances to attend ceremonies and festivals at the location which was a good way for them to socialize and strengthen their bonds with each other.

The circular-shaped structure has been nicknamed “Woodhenge” in reference to Stonehenge except this one was made from wood.

“A possible access to the interior of this structure is oriented towards the summer solstice, reinforcing its cosmological character,” Valera explained, adding, “this situation is also known in other European countries as ‘wood henges’ and ‘timber circles’, where astronomical alignment entrances are frequent, underlining the close relationship between these architectures and the Neolithic views of the world .”

It has been described as a “monumental wooden construction, of which the foundations remain, with a circular plan and more than 20 meters in diameter,” Valera noted.

While this “Woodhenge” is the first of its kind to be found in Portugal, it is incredibly similar to other structures found in the central part of Europe and the British Isles – like Stonehenge.

This may indicate that the people of Perdigões were in communication with those living in locations far from them and that those living across Europe were much more connected with each other during the Neolithic period than previously thought.

The complex dates back from around the end of the Middle Neolithic Period (about 3400 BC) to the start of the Bronze Age period (around 2000 BC) – a time frame that lasted approximately 1,400 years.

This time period brings up the possibility that the ancient Bell Beaker culture may have constructed “Woodhenge” as they are believed to have originated in Portugal and their culture thrived from around 3500 BC to 2500 BC.

Valera finished off by stating the importance of finding this structure, “discovery reinforces the already high scientific importance of the Perdigões enclosure complex in the international context of European Neolithic studies while increasing its heritage relevance,” which was recognized as a National Monument in 2019.

Several pictures of “Woodhenge” can be seen here.