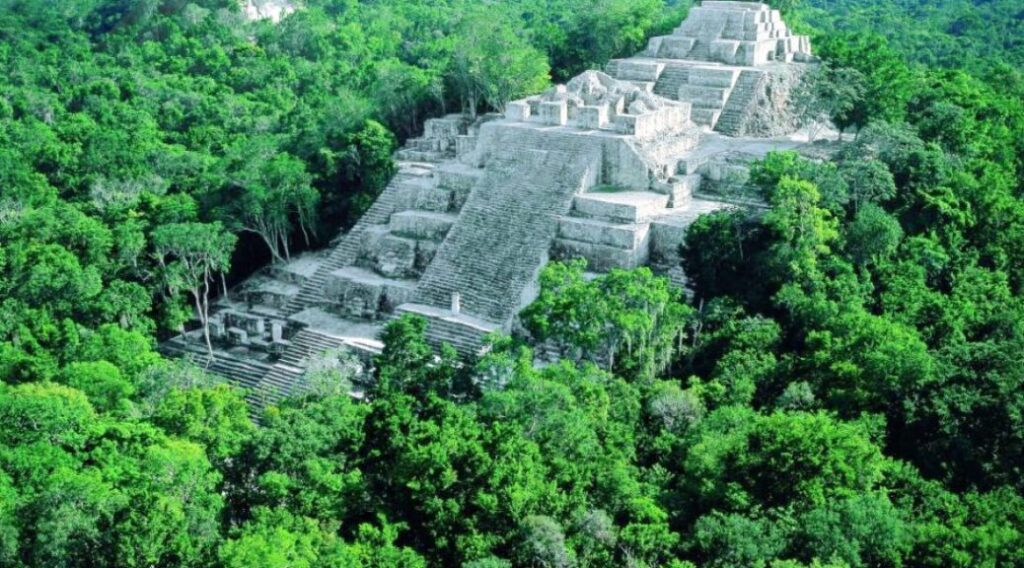 A group of explorers set on solving the mystery of a long lost pyramid hidden deep in the Guatemala jungle rumoured to be larger than the Great Pyramid of Giza, received the treat of their lives.

El Mirador is a pre-Columbian Mayan settlement, located to the north of El Peten in Guatemala, first photographed from the air in 1930, but its remote location meant further exploration was limited.

In 2003, Richard D. Hansen, an archaeologist from Idaho State University, initiated a major investigation and, although his team discovered that the area contained striking examples of the Preclassic Maya civilisation, its location prevented extensive documentation. However, 16 years on, digital media company Yes Theory have changed that, uncovering two large pyramids in the complex.

Thomas Brag, Ammar Kandil and Matt Dajer trekked for four days on foot through the Guatemala jungle, alongside seven other creators to fulfil Mr Kandil’s dream to climb a pyramid.

Documenting every step of their experience, they released “Finding the Lost Largest Pyramid in the World” on their website and later on YouTube on September 15, 2019.

First uncovering the colossal structure, Mr Dajer exclaimed: “We’ve just arrived at the very, very bottom base of a pyramid.

“You would never guess just walking through here, but this entire thing is limestone underneath and this is part of the pyramid.

“You can’t even grasp fully in your mind how huge this must have looked when it was for real.” The group then began making the monumental 50-minute-long journey up thousands of steps.

Mr Brag told the camera: “So these are the steps to the second platform and this entire thing that we are on is a man built.

“So once they started digging up the soil from what’s been layered up on top of this over thousands of years, they’re actually discovering the giant construction and the insane labour that it was to build this.

“This is just the steps up, I can’t even see the top from here.

“This is way bigger than I expected, it is insane.”

Eventually, they made it to the top, and the whole crew were left taken back.

An emotional Mr Kandil reflected during the film: “This is all to do with a dream I had.

“Everything about Yes Theory is saying ‘yes’ to those dreams that you think are so far-fetched.

“Sometimes we end up achieving the dreams we never even knew we had.”

There are roughly 35 “triadic” structures in El Mirador, consisting of large artificial platforms topped with a set of three summit pyramids.  The most notable of such structures are the two huge complexes explored in the documentary, one is nicknamed “El Tigre”, with a height of 55 metres, while the other is called “La Danta”.

The La Danta temple measures approximately 72 metres (236 ft) tall from the forest floor and considering its total volume (2,800,000 cubic meters) is considered the largest in the world by many archaeologists.

For comparison, the Great Pyramid of Giza is 139 metres tall, but 2,583,283 cubic metres in volume. That has not stopped one of the Seven Wonder of the Ancient World from making headlines too, though.