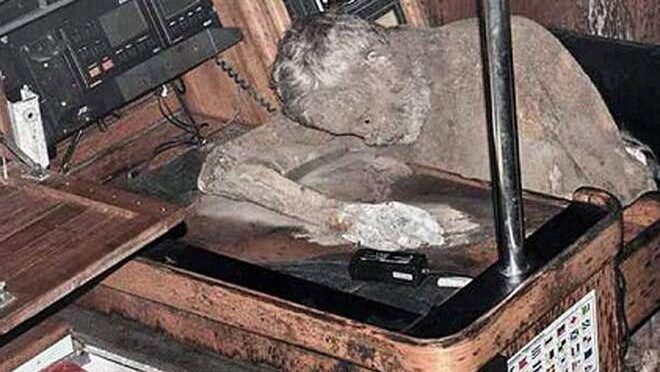 On a yacht floating off the Philippines, fishermen have discovered the mummified body of a German sailor.

After two people made the discovery, the police were investigating. Officers discovered that the dead person is Manfred Fritz Bajorat, aged 59, from identity documents found on the ship.

The deputy police chief of the nearby Barabo city, Inspector Mark Navales, said that although it was unclear how Bajorat’s death was caused there were no signs of foul play.

“It is still a mystery to us,” said Navales.

Bajorat’s body was found seated at a desk in the radio room, slumped over on his right arm “like he was sleeping”, said Navales.

His exact time of death had not yet been determined. The yacht was found in the Philippine Sea about 100km (60 miles) from Barabo.

Bajorat had reportedly been sailing the world on his yacht, Sayo, for the past 20 years.

Reports said he had not been sighted since 2009. But a friend told the media that he had heard from the mariner in 2015 via Facebook.

Authorities were attempting to contact his friends and family in Germany in the hope they would be able to shed light on his movements.

The police investigation found no obvious signs of violence but could not determine the cause of death.

Navales said items inside the yacht were scattered and Bajorat’s wallet was not found but the yacht’s radio, GPS and other valuable items were still there.

Dr. Mark Benecke, a forensic criminologist in the German city of Cologne, told the Bild newspaper: “The way he is sitting seems to indicate that death was unexpected, perhaps from a heart attack.”