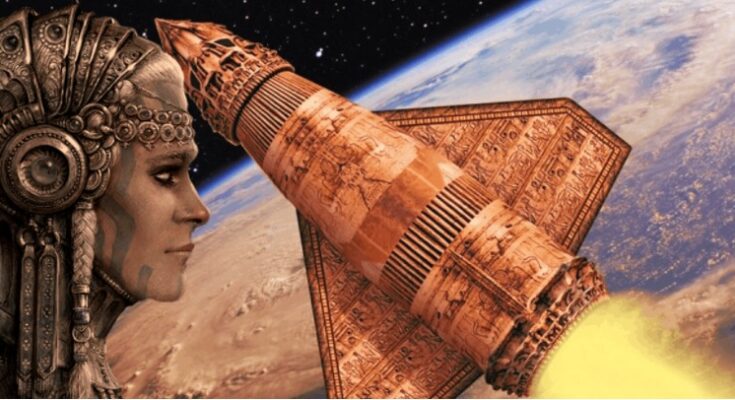 Iraqi transport minister claims the first airport was built 7,000 years ago in Iraq by ancient Sumerians

The Minister for Transport in Iraq made a controversial speech at the inauguration of a new airport in southern Dhi Qar, in which he stated that ancient Sumerians built the first airports 7,000 years ago and launched spaceships from there to explore other planets.

He also claimed that all the world’s angels were Sumerian. To support his claims, he referred to the work of Samuel Kramer, a Russian professor and Sumerian expert, who highlighted the Sumerians’ advanced understanding of the cosmos.

The Sumerians were the first known people to settle in Mesopotamia over 7,000 years ago.

Located in the southernmost part of Mesopotamia between the Tigris and Euphrates rivers (modern-day Iraq), Sumer was often called the cradle of civilization. By the 4th millennium BC, it had established an advanced system of writing, spectacular arts and architecture, astronomy and mathematics.

The Sumerians recorded their astronomical observations as early as 3500–3200 BC.

Astronomical phenomena were important to the Sumerians, who equated planets with gods that held an important role in their mythology and religion.  Jupiter, for example, was associated with their main god, Marduk, the patron deity of the city of Babylon.

Arab news channel  Albawaba reported that Minister Kadhem Finjan al-Hamami made his comments during a visit to a new airport construction site in southern Iraq, near Basra, where he claimed that the Sumerians had built an airport in exactly the same location in around 5,000 BC.

“It’s a long story, maybe you don’t know about it. Maybe even people from Dhi Qar don’t know – the first airports that were built on planet Earth were built in the 5th Millenium BC in Dhi Qar,”  al-Hamami said, in an Al Jazeera translation.

“There were Sumerians who launched spaceships [from Dhi Qar] and headed to other worlds,” he added, arguing that all the world’s angels “were Sumerian” and stating that Sumerians were the first to discover Pluto.

The video of his statement [in Arabic] can be viewed below.

While no one in the audience questioned the Minister, listeners were quick to jump to social media to rubbish his claims.

The  Middle East Monitor shared comments from internet users who criticized the incompetence of the government. “Iraqi transport minister’s hallucinations about spaceships in Nasiriyah proves that the [Haidar] Al-Abadi government is full of fools, hashish addicts and the most worthless of humanity,” said Dawood Al-Basri.

To support his claims, Finjan referred to the work of the late Samuel Kramer, who was one of the world’s leading Assyriologists and a world-renowned expert in Sumerian history and Sumerian language.

In his book, ‘History Begins at Sumer’, Kramer argues that the Sumerians had the first achievements in all the major fields of human endeavour, including government and politics, education and literature, philosophy and ethics, law and justice, agriculture, and medicine. However, critics of the Transport Minister’s speech say that Kramer never mentioned ancient airports or spaceships.

Nevertheless, the Minister does have a number of supporters among ancient astronaut theorists, who argue that intelligent extraterrestrial beings visited Earth and made contact with humans in antiquity, with many believing that ancient Sumer was the first place in which contact was made.