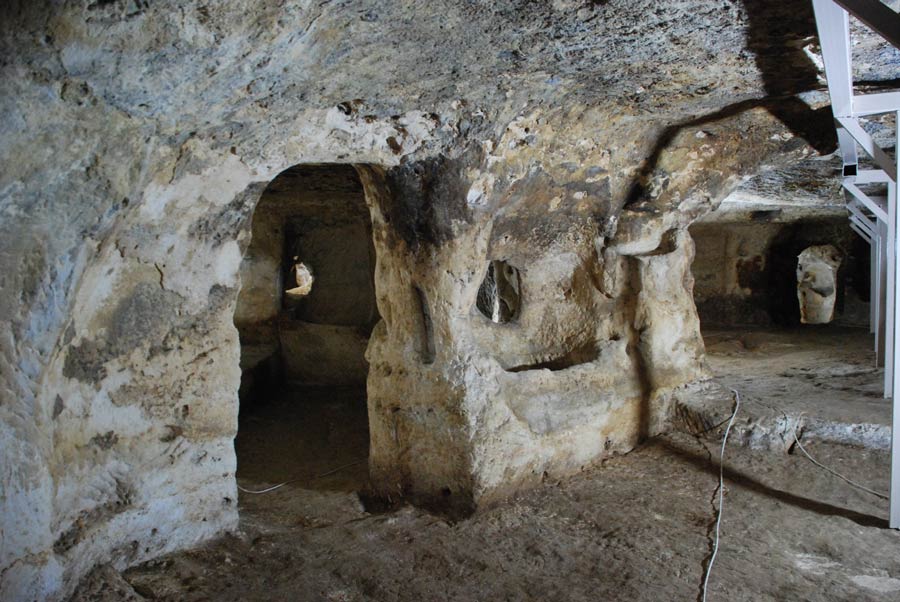 Archaeologists in Turkey have discovered a massive underground city, which they believe may be the largest in the world. They have only excavated 3% of it so far but are unearthing multitudes of rooms, tunnels, hidden passages and artefacts on a daily basis.

Daily Sabah reports that the discovery was made in the Midyat district of Mardin, an area that is already rich with history and culture and is protected as a UNESCO World Heritage site.

The underground city, which has been called Matiate (‘city of caves’), was discovered accidentally during the cleaning and conservation of historical streets and houses in Midyat.

Workers were cleaning a cave when they discovered a passage. Excavation work then revealed a multitude of rooms and other tunnels leading from it, as well as artefacts and wall murals.

To date, archaeologists have uncovered 49 rooms, including places of worship, water wells, silos for storage, and numerous corridors and tunnels, and they estimate this is only 3% of the total size of the underground city.

“This underground city has been used uninterruptedly for 1,900 years,” said Gani Tarkan, director of Mardin Museum and head of excavations at Matiate. “It was first built as a hiding place or area to escape to.

Possibly, the underground city of Midyat was one of the living spaces built for this purpose. It is an area where we estimate that at least 60-70,000 people lived underground.”

The Rich History of Midyat

Midyat is located in the centre of a limestone plateau in south-eastern Turkey, its rural landscape encompassing 80 villages with over 100 churches and 70 monasteries.

The region has been settled from the Assyrian period onwards and has been ruled over by many different empires including the Mitannians, Assyrians, Arameans, Armenians, Medes, Persians, Greeks, Romans, Byzantines, Abbasids, Seljuks and Ottomans, with each new civilization building on the work of the last.

Cities, empires and religions have risen and fallen around this historical distract, and yet it seems it still holds a few more secrets.

Discoveries of subterranean cave complexes and networks are not uncommon in Turkey, but certainly, discoveries of this scale are. Experts are already predicting that Matiate will be the largest found to date. This is a very significant claim, considering that more than 40 elaborate subterranean cities have already been found in Turkey.

Derinkuyu, for example, is an underground city in Cappadocia, Turkey, which spans more than 8 levels and goes as deep as 80 meters.

The complex is complete with ventilation shafts, wells, water tanks, stables, apartments, communal rooms, and tombs, and is ‘secured’ by 1000 pound stone doors that could only be opened from the inside.

Each level could be isolated from the others, even though all levels access one another. More than 600 entrances to the city exist, most of them hidden.

Gani Tarkan believes the latest finding will surpass them all: “When all of it is revealed, this will truly be an underground city that will make a worldwide impact,” he said [via ftnnews]. “There is no underground city spread over such a large area. The Midyat underground city in Anatolia, Turkiye will be the only one in the world.”