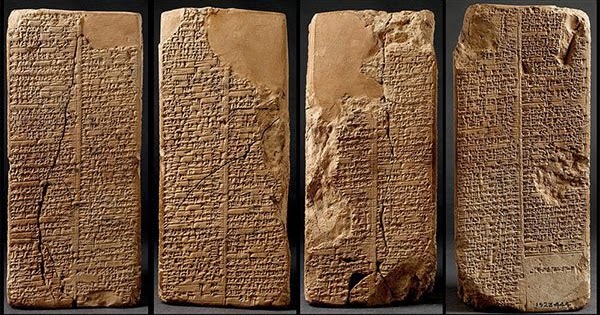 Sumerian and Biblical texts claim people lived for 1000 years before the Great Flood: Is it true?

An individual’s “absolute limit” on life expectancy, according to a study published in Nature, lies somewhere between 120 and 150 years. The Bowhead whale has the longest life expectancy of any mammal on the planet, with a lifespan of up to 200 years or longer. Many ancient texts, including those in Sumerian, Hindu, and Biblical languages, describe people who have lived for thousands of years.

People who are interested in ancient history may have heard of Methuselah, a man who supposedly lived for 969 years, according to the Bible. In the Book of Genesis, he is described as the son of Enoch, the father of Lamech, and the grandfather of Noah. Since his genealogy ties, Adam to Noah, his account in the Bible is important.

The oldest known version of the Bible states that Methuselah was approximately 200 years old when his son, Lamech, was born and that he died sometime after the Flood described in Noah’s tale. Because of his advanced age, Methuselah has become a part of popular culture, and his name is frequently invoked when alluding to the advanced age of individuals or things.

However, this Biblical character is not only fascinating because of his long life, but he is also extremely important for a variety of other reasons. Methuselah was the eighth patriarch of the antediluvian period, according to the Book of Genesis.

In accordance with the King James Version of the Bible, the following is stated:

21 And Enoch lived sixty and five years, and begat Methuselah:

22 And Enoch walked with God after he begat Methuselah three hundred years, and begat sons and daughters:

23 And all the days of Enoch were three hundred sixty and five years:

24 And Enoch walked with God: and he was not; for God took him.

25 And Methuselah lived an hundred eighty and seven years, and begat Lamech.

26 And Methuselah lived after he begat Lamech seven hundred eighty and two years, and begat sons and daughters:

27 And all the days of Methuselah were nine hundred sixty and nine years: and he died.

As described in Genesis, Methuselah was the son of Enoch and the father of Lamech, who was, in turn, the father of Noah, whom he fathered when he was 187 years old. His name has become a universal synonym for any elderly creature, and it is often used in phrases such as “having more years than Methuselah” or “being older than Methuselah,” among other things.

According to the Old Testament, Methuselah perished in the year of the Great Flood. It is possible to find three separate timeframes in three different manuscript traditions: the Masoretic, the Septuagint, and the Samaritan Torah.

According to the Masoretic Text, an authorized Hebrew and Aramaic translation of the Tanakh used by Rabbinic Judaism, Methuselah was 187 years old when his son was born. He died at the age of969, in the year of the Flood.

The Septuagint, sometimes referred to as the Greek Old Testament, the earliest extant Greek translation of the Old Testament from the original Hebrew indicates that Methuselah was 187 years when his son was born and died at the age of 969, but six years before the Great flood.

As recorded in the Samaritan Torah, a text consisting of the first five books of the Hebrew Bible, written in the Samaritan alphabet and used as scripture by the Samaritans, Methuselah was 67 years old when his son was born, and he died at the age of 720 years, which corresponded to the time period during which the Great Flood occurred.

This type of reference to lifespan is almost certainly found in other ancient texts as well. Ancient Sumerian texts, including the most contentious, disclose a list of eight ancient rulers who dropped from the sky and ruled for more than 200,000 years. According to the text, before the Great Flood, a group of 8 intelligent beings ruled over Mesopotamia for a period of 241,200 years.

The clay tablet containing this one-of-a-kind text dates back 4,000 years and was discovered by German-American researcher Hermann Hilprecht around the turn of the twentieth century. Hilprecht discovered a total of 18 similar cuneiform tablets (c. 2017-1794 BCE). They were not identical but they shared the information that is believed to have been taken from a single source of Sumerian history.

More than a dozen copies of the Sumerian King List dating from the 7th century BC have been discovered in Babylon, Susa, Assyria, and the Royal Library of Nineveh, among other places.

Some authors believe that human beings lived close to a thousand years, until after the flood, God shortened this age (Genesis 6:3) Then the Lord said, “My Spirit shall not strive with man forever, because he also is flesh; nevertheless his days shall be one hundred and twenty years.”

Was the fact that human lifespans were lowered truly an act of God? Is it possible that there is another, more grandiose explanation, one that claims that beings not from Earth walked on our planet in the days of Methuselah?