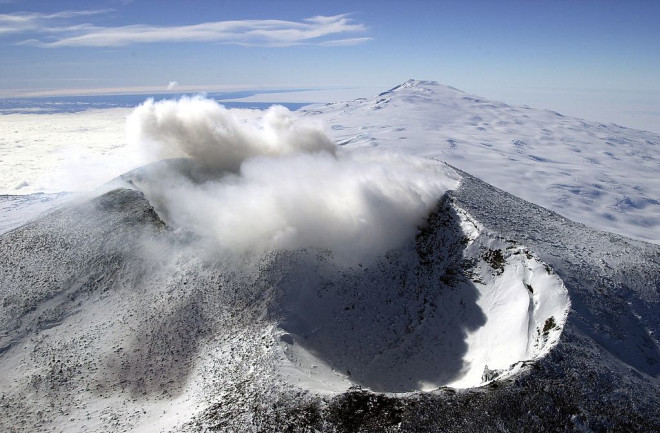 Almost 100 Unknown Volcanoes Have Been Found Hidden Under Antarctica

Nearly 100 previously unknown volcanoes lurk beneath Antarctica, and scientists still don’t know how many of these volcanoes are active.

A new remote survey has revealed 138 volcanoes on a portion of the continent known as the West Antarctic Rift System, a huge region that stretches 2,175 miles (3,500 kilometres) from the Ross Sea in the south to the Antarctic Peninsula in the northwest. Of these newfound structures, scientists had never heard of 91 of them before.

The volcanoes range from a modest 330 feet (100 meters) in height to an imposing 12,630 feet (3,850 m) tall. The findings were published earlier this month in the journal Geological Society Special Publications.

“Antarctica remains among the least studied areas of the globe, and as a young scientist, I was excited to learn about something new and not well-understood.

After examining existing data on West Antarctica, I began discovering traces of volcanism. Naturally, I looked into it further, which led to this discovery of almost 100 volcanoes under the ice sheet,” said study co-author Max Van Wyk de Vries a geosciences student at the University of Edinburgh in Scotland.

Land of fire and ice

De Vries, who is currently an undergraduate student, was studying Antarctica when he learned from other sources that the coldest continent had a volcanic history.

By using a combination of satellite data, ice-penetrating radar data and aerial surveys, de Vries was able to identify 91 spots where basaltic, or volcanic, rock was lurking beneath the ice. Known volcanoes in the same region carry this distinctive signature of volcanic activity, according to a statement.

The number of volcanoes in the region rivals that of the East African Rift Valley, one of the most volcanically dense regions of the world.

Scientists still don’t know how many of these volcanoes are active, but active magmatism has roiled the continent in the past.

However, as climate change warms the continent, thinning the ice, some of the now-dormant volcanoes could roar back to life, the scientists said in a statement. Past work has shown that Antarctica was more volcanically active during warmer periods of geologic history, according to the statement.