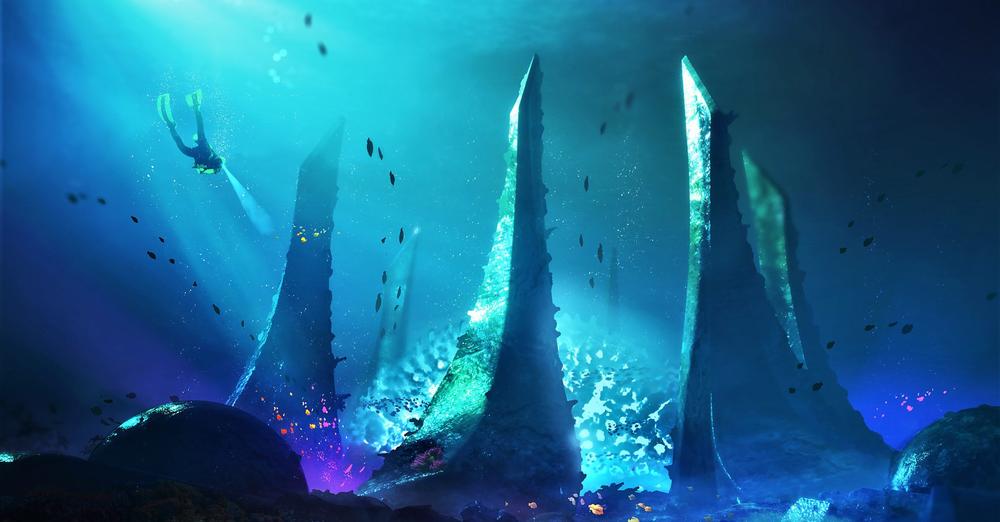 9,350-year-old structure found in the Mediterranean “could rewrite history”

In 2015 a strange 11.88-meter high monolith was discovered off the coast of Sicily, 39 meters deep. This structure is very similar to Stonehenge and could rewrite history.

Stonehenge found in the Mediterranean Sea is at least 9,350 years old. Studies revealed that it weighs about 15 tons and is divided into two parts.

It has 3 regular holes of similar diameter; one that goes completely through at the top and 2 more on the sides. Which confirms that it is an artificial monolith.

Emanuele Lodolo, an oceanographer at the National Institute of Oceanography and Experimental Geophysics in Italy, along with Zvi Ben-Avraham, from the University of Haifa and Tel Aviv, were responsible for finding the monolith.

“The monolith is made of stones other than those that make up all the neighbouring outcrops, and is quite isolated from them.”

The stones that compose it are chalcirudites, from the late Pleistocene age, as determined from radiocarbon measurements.

The structure was found on the Bank of Pantelleria Vecchia, an ancient island in the Sicilian Channel. This island, according to archaeologists, was submerged during a flood 9,300 years ago.

This time chronologically squares with the beginning of the Mesolithic of Europe and the Middle East.

The discovery of this monolith fully expands the knowledge of the first civilizations of the Mediterranean basin and the knowledge about their technology and development.

“The belief that our ancestors lacked the knowledge, skill and technology necessary to exploit marine resources or make sea voyages must be progressively abandoned.

The recent findings of submerged archaeology have definitively dismantled the idea of ​​technological primitivism that is usually attributed to the hunter-gatherer coastal settlers ”, the archaeologists concluded.

Who built the monolith?

While it is true that the monolith of Sicily is very similar to Stonehenge, this could explain more about the civilizations that inhabited the Mediterranean basin.

To date, it is not known if the structure was alone and if it was part of a group, like a monument in England, which is much younger.

Currently, little or nothing is known about the inhabitants of Pantelleria Vecchia some 10,000 years ago. However, this construction demonstrates his skill in construction.

Experts believe that this town traded the fish they caught, with other islands. The stone may have served as a primitive “lighthouse”, even as a place to moor or anchor ships.

Although, its enormity does not convince much that it was used for that purpose. If so, the boats must be huge.

All this information suggests that a prehistoric civilization not only prospered but was much more advanced than is believed. This could change the history of the region completely. Here is an interesting video of submerged cities.