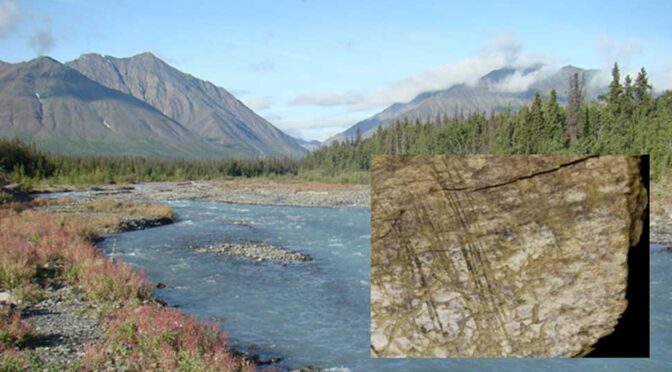 Archaeologists have found a set of butchered bones dating back 24,000 years in Bluefish Caves, Yukon, Canada, which are the oldest signs of human habitation ever discovered in North America. Until recently, it was believed that the culture that represented the continent’s first inhabitants was the Clovis culture.

However, the discovery of the butchered bones challenges that theory, providing evidence that human occupation preceded the arrival of the Clovis people by as much as 10,000 years.

For decades, it has been believed that the first Americans crossed the Bering Strait from Siberia about 14,000 years ago and quickly colonized North America.

Artifacts from these ancient settlers, who have been named the Clovis culture after one of the archaeological sites in Clovis, New Mexico, have been found from Canada to the edges of North America.

However, the recent discovery of bones in Canada that show distinctive cut marks supports the perspective that there were other inhabitants of America that preceded the Clovis.

The finding was made in the Bluefish Caves in Yukon, which consists of three small caves that are now considered to hold the oldest archaeological evidence in North America.

Researchers have found the bones of mammoths, horses, bison, caribou, wolves, foxes, antelope, bear, lion, birds and fish, many of which exhibit butchering marks made by stone tools.

The site was first excavated by archaeologist Jacques Cinq-Mars between 1977–87, and initial dating suggested an age of 25,000 before present.  This was dismissed at the time as it did not fit with the well-established Clovis-First theory.

However, a new study published in the journal PLOS One supports the initial dating, demonstrating that humans occupied the site as early as 24,000 years ago.

As part of the study, the research team analysed 36,000 mammal bones found in the caves. Carnivore tooth marks were observed on 38 to 56% of the bone material.

“The traces identified on these bones are clearly not the result of climato-edaphic factors or carnivore activity,” the researchers report. “The presence of multiple, straight and parallel marks with internal microstriations observed on both specimens eliminates carnivores as potential agents.”

The findings support the hypothesis that prior to populating the Americas, the ancestors of Native Americans spent considerable time isolated in a Beringian refuge during the Last Glacial Maximum [LGM], the last period in the Earth’s climate history during the last glacial period when ice sheets were at their greatest extension. As the researchers of the study concluded:

“In addition to proving that Bluefish Caves is the oldest known archaeological site in North America, the results offer archaeological support for the “Beringian standstill hypothesis”, which proposes that a genetically isolated human population persisted in Beringia during the LGM and dispersed from there to North and South America during the post-LGM period.”