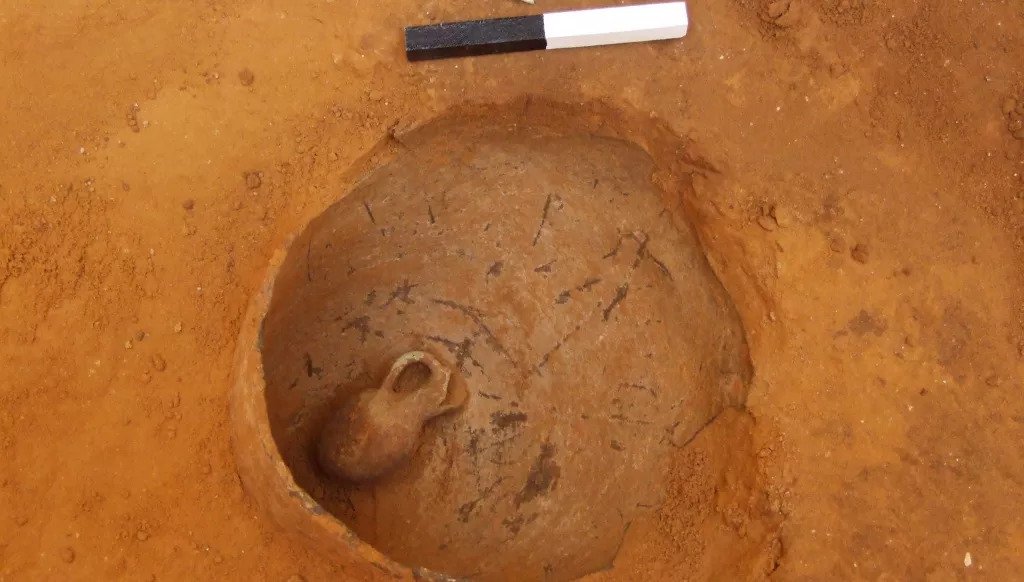 A 3,800-year-old jar containing something shocking has been discovered by archaeologists in Israel — the skeleton of a baby. While such burials of infants are not so uncommon, it is a mystery why the infants were buried this way, said Yoav Arbel, an archaeologist from the Israel Antiquities Authority who was part of the team that found the jar.

Arbel told Live Science, “You might go to the practical thing and say that the bodies were so fragile, [maybe] they felt the need to protect it from the environment, even though it is dead,”

“But there’s always the interpretation that the jar is almost like a womb, so basically the idea is to return [the] baby back into Mother Earth, or into the symbolic protection of his mother.”

The 4,000-year-old city of Jaffa, where the jar was found, is the older part of Tel Aviv, the second most populated city in Israel after Jerusalem. It was one of the earliest port cities in the world, and has been almost continuously occupied since about 900 B.C., Arbel said.

“We’re talking about a city that was ruled by a lot of different people,” Arbel said. “Let’s say that a lot of flags flew from its mast before Israel’s flag of today.”

Despite how strange the baby burial seems to modern eyes, it’s not an unusual find for the region.

“There are different periods when people buried infants in jars in Israel,” Arbel said. “The Bronze Age all the way to less than 100 years ago.”

The finds were detailed in the 100th issue of the journal Atiqot, which includes more than 50 other studies on archaeology from Jaffa.

Because Jaffa has been almost continuously used for four millennia, the other finds described in the journal span the Hellenistic, Crusader and Ottoman periods.

For instance, at another site, Arbel and his team found a big rubbish pit brimming with pieces of imported amphorae (ceramic vessels) dating to the Hellenistic period, from the fourth to the first centuries B.C.

These roughly 2,300-year-old amphorae, which were used to hold wine, were crafted on various Greek Aegean Islands such as Rhodes and Kos, Arbel said. This one pit provides more evidence that trade routes between Jaffa and Greece were robust, Arbel said.

There’s also the witty, ancient Greek mosaic discovered near an A.D. fourth- or fifth-century necropolis, saying “Be of good courage, all who are buried here. This is it!”

In essence, it means “this is life!” and that death is everyone’s shared destiny, said Zvi Greenhut, head of the publication department at the IAA, told Live Science.