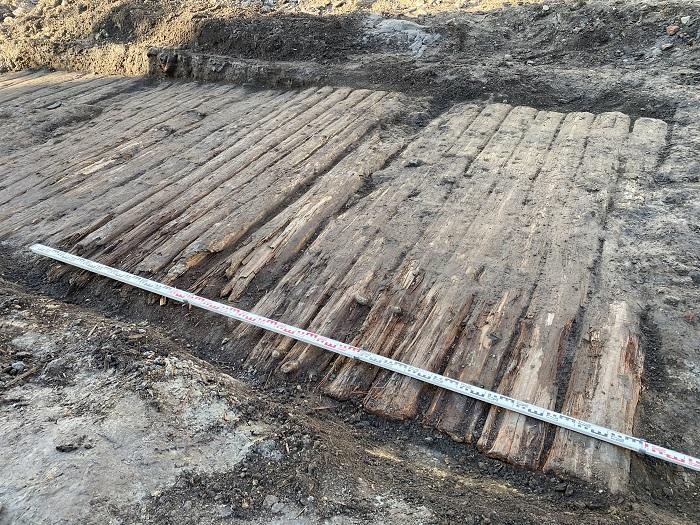 Archaeologists have excavated a wooden road in the town of Jarosław, located in the Podkarpackie Voivodeship of Poland.

The discovery was made during works on the present-day road surface and sewage connections, revealing a 30-metre-long wooden road in the town centre, that would have connected to the city gate leading towards Kraków and Rzeszów.

Archaeologist Katarzyna Oleszek told Science in Poland: “So far, we have managed to unveil a wooden road with a length of 30 metres.

However, we know that it was certainly longer by another several dozen metres because we encountered several more fragments.”

The road represents one of the longest wooden routes discovered in Poland and is approximately 3 metres in width, meaning that it was a one-way system for carriages passing through the town.

The road consisted of a load-bearing structure in the form of three wooden joists arranged transversely to the beams that were connected with pegs.

Oleszek added: “There are no traces of hooves on the road or carriages grooves that ran along with it, which means that the wood used for its construction – probably oak – was very durable. Additionally – as the research shows – traces of repairs are visible in several places, which proves that there were regular “road works”.

After removing parts of the road for preservation, archaeologists also uncovered an earlier hardened road beneath that dates from around the 14th century.