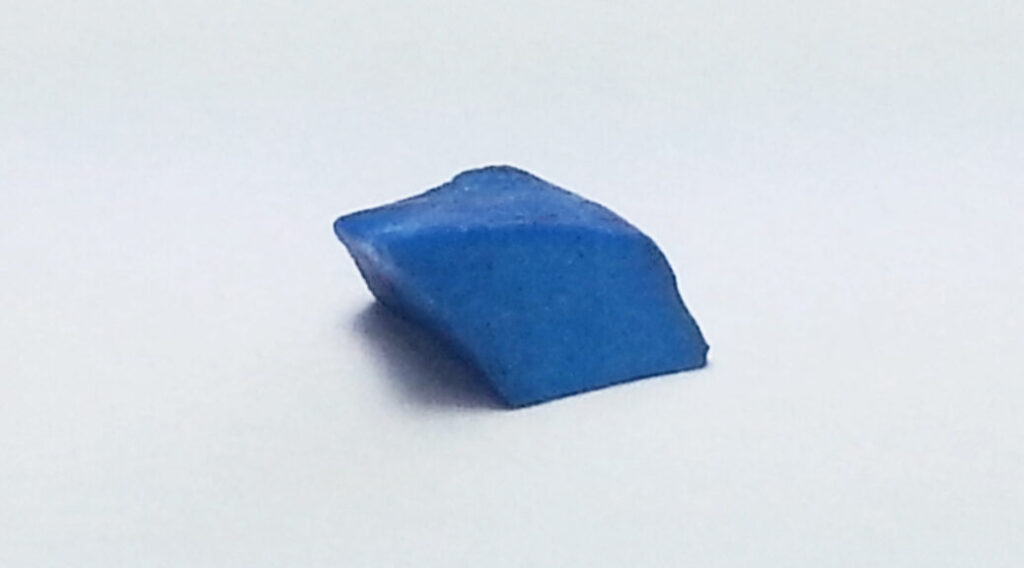 Stone made of Pure Oxygen found in Africa

In 1990 a strange type of bluestone was found in Sierra Leone, West Africa by geologist and archaeologist Angelo Pitoni, named the Sky stone (12000 BC).

The enigmatic stone was sent to research laboratories worldwide, The tests were carried out in laboratories of the University of Geneva, Rome, Utrecht, Tokyo, and Freiberg, Germany.

This was discovered in an old village outside of Freetown, Sierra Leone.

All experts agree that the bluestone isn’t similar to any type of rock known in nature so it must be artificial.

The Italian geologist believed that this is an extraordinary object: a strange crystal found in Sierra Leone diamond fields that resembles a pure turquoise similar to some found on the pectorals of Egyptian priests. Analyses performed on this “Stone of Heaven”, as he calls it, revealed that it is different from any other gemstone known to man.

This story continues with a trip to Asia during a rare gem and mineral sourcing trip by the American artist and designer, Jared Collins.

The dealer replied, “when I received several pieces of the stone, I too was thinking this story has no credibility, so just for the hell of it, I cut off a small sample from my larger piece and sent it over to Dr. Preeti at GRS Swisslabs to see what he had to say about it through testing.

Dr. Preeti called me back to ask what this stuff was because he couldn’t determine its composition and ended up returning it as “unidentifiable.” Dr. Preeti only mentioned that he did not believe that the material itself was natural, but the element creating the blue colour might be organic. – Jared Coins

In 2007, the National Geographic award-winning fine-art portrait photographer, Jared Collins, relocated his studio from New York City to Ubud, Bali where he set out to create a dramatic series of images documenting the most distinctive Balinese women adorned in ornate ceremonial costumes.

The actual sample of Sky Stone (above) was submitted to GRS Swisslabs for testing and analysis.

Intrigued, but highly sceptical of the stone actually being anything it was claimed to be, Collins proposed to buy the small cutaway piece from the dealer so he could study it further, but the dealer just shrugged it off and refused to sell it.

He wouldn’t even name a price for the larger full stone. Collins was somewhat taken back by this as the dealer’s business was solely based on buying and selling stones, not collecting them.

As it turned out that night, Sky Stone was the only thing in the entire room not going to be made available for sale, and the only thing he was interested to take out of there. Collins ended up leaving Hong Kong with a haunting feeling that something important may have just slipped through his fingers and he never forgot about that bluestone.

Its composition was found to be composed of 77% oxygen, along with traces of carbon, silicon, calcium, and sodium.

The composition makes the “Sky Stone” similar to a kind of concrete or stucco and seems to have been artificially coloured. The natives living in the area where the stone was found, already knew about its existence because this stone-like artefact used to pop out during the digging in the area.

Another mystery related to the stone of heaven is that this artefact is always found in soil layers dating to at least 12000 BC. The stone was certainly produced by an unknown, highly advanced civilization lost in time.”

Sky Stone material was also claimed to have made a brief appearance at the weekend market in Marakesh, Morroco (where they also specialize in meteorites.) It was going by the name of “kryptonite.”