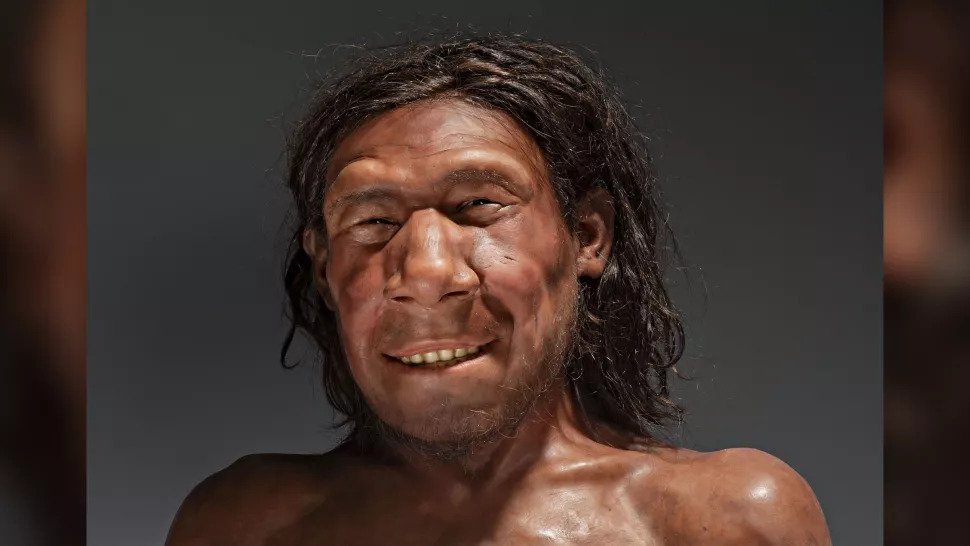 Netherlands: They rebuild the face of the first Dutch Neanderthal

You can now gaze into the crinkly eyes of “Krijn,” a young Neanderthal man who had a tumour growing on his skull when he died up to 70,000 years ago.

In 2001, an amateur palaeontologist found a piece of Krijn’s skull while sifting through sediments collected from the bottom of the North Sea, off the coast of the Netherlands.

Now, paleo-anthropological artists have used that hunk of the skull to create a lifelike bust of Krijn, including the bulge above his right eyebrow where the tumour sat.

“Luckily, it’s a very distinctive piece,” Adrue Kennis, a paleoanthropological artist with Kennis & Kennis Reconstructions, said of the skull specimen in a translated video created by the National Museum of Antiquities (RMO) in the Netherlands, which is showing Krijn’s bust in a new exhibit.

When Krijn was alive, between 70,000 and 50,000 years ago, he lived in Doggerland, a vast swath of land between the United Kingdom and continental Europe, which is now submerged beneath the North Sea.

A 2009 study in the Journal of Human Evolution revealed a few details about Krijn: The young man was highly carnivorous, but his body didn’t show any evidence of seafood in his diet, according to an analysis of the isotopes, or element variants, of carbon and nitrogen found in his skull.

Moreover, a lesion above Krijn’s eyebrow indicated that he had a tumour known as an intradiploic epidermoid cyst.

These cysts are uncommon, slow-growing lesions that are usually benign, especially when they’re small, as Krijn’s is, the 2009 study found. The conduction is associated with a slew of symptoms.

It’s possible that Krijn experienced pain and swelling, headaches, dizziness, convulsions, visual problems or seizures, or maybe he was lucky and didn’t have any symptoms, the authors of the 2009 study wrote. That was the first time such a tumour had been documented in Neanderthal remains, they noted.

Despite Krijn’s diagnosis, his new bust depicts him with an infectiously happy smile. The Kennis brothers recreated the Neanderthal’s features by relying not only on the skull specimen but also other Neanderthal skulls, as well as previous data on the Neanderthal eye, hair and skin colour.

The new bust is the latest from their studio, which includes other early human recreations, including one of Ötzi the Iceman mummy, who lived about 5,300 years ago in the Alps.

Krijn may be smiling for another reason; he’s the first fossil hominin dating to the Pleistocene epoch (2.6 million to 11,700 years ago) found under seawater and the first recorded Neanderthal in the Netherlands, according to the 2009 study.

A menagerie of animals, including mammoths, lions, woolly rhinoceroses, reindeer and horses used to live on the Doggerland steppe, but it was very cold, meaning that Krijn likely had a challenging life, according to an RMO statement.

The RMO exhibit “Doggerland: Lost World in the North Sea,” which includes Krijn’s bust, is open to the public through Oct. 31.