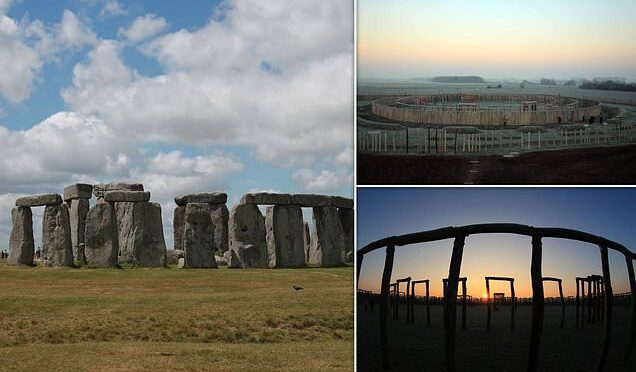 The Bronze Age site lies 85 miles away from Germany’s capital in the village of Pömmelte, and since its restoration in 2016 has become a key tourist attraction.

It is known for its wooden ringed structure, which researchers believe has ties to Wiltshire’s iconic Stonehenge site, and have even claimed may have been influenced after the people of Pömmelte visited the UK.

University of Halle archaeologist Franziska Knoll described the site as the “largest early Bronze Age settlement we know of in central Europe”, noting how it “must have been a really significant place”.

Also known as Woodhenge, excavations at the area have been ongoing for the past three years and conducted by archaeologists from the University of Halle, as well as the State Office for Monument Conservation and Archaeology.

During this work, researchers argue they have found evidence that shows dwellings on the site, including the unearthing of around 130 longhouses, Heritage Daily reported.

The 4,000-year-old settlement was believed to have been built by those who lived by the Bell Beaker culture, in around 2300 BC.

Out of the Bell Beakers came the Únětice culture, which then populated the site.

Experts speculate that it may have been used in astronomical rituals, a world away from the residential area it has now become.

After working on the site, archaeologists theorised that Pömmelte had been active for around 300 years – before it was abandoned after being burned down in 2050 BC.

Speaking earlier this year, Ms Knoll said: “We call it the German Stonehenge because the beginnings are the same.

“It’s got the same diameter, just a different orientation. They’re built by the same people.”

The archaeologist also argued that with Stonehenge pre-dating Pömmelte, the Wiltshire site could have been a blueprint for the German landmark.

She added: “It’s not coincidental.

“It’s coming from the same culture, the same view of the world.”

Pömmelte was originally founded in 1991 after laws changed in East Germany to allow aerial photography to be used.

The images allowed experts to search for any signs of ancient buildings, such as areas of land where the soil is holding more moisture, leading to crops growing taller and greener.

They showed rings of “postholes arranged in concentric circles where the Woodhenge once stood”.