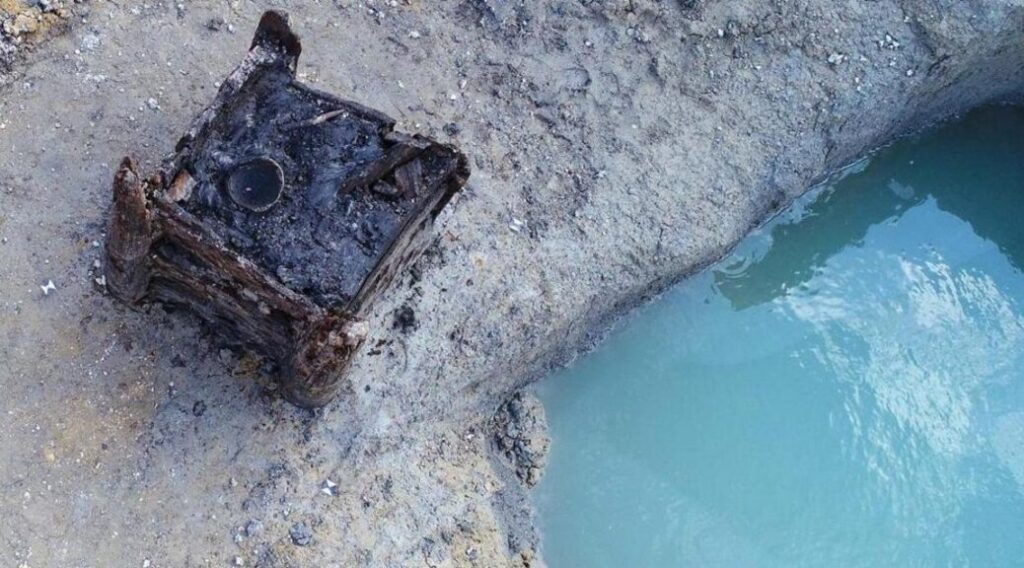 7,000-year-old well is the oldest wooden structure ever discovered

In what is now the Czech Republic, archaeologists have found a 7,000-year-old well built by Neolithic settlers. Researchers determined it to be the oldest wooden architectural building in the world after studying the structure.

The structure was first uncovered by construction workers in 2018 in Ostrov, between the regions of Bohemia and Moravia.

The growth rings in the wood, a method known as dendrochronology, were studied by archaeologists and concluded that it was made from oak cut down around 5255 B.C.

Experts at the University of Pardubice plan to preserve the well, which is currently being stored in a climate-controlled cellar at the school, located east of Prague.

“It is by far the oldest object that we will be working on at the faculty, and it will not be an easy task,” Karol Bayer, Vice-Dean of the Faculty of Restoration at the university, said in a statement.

Bayer said the structure was well-preserved because it remained underwater for centuries. The preservation process will now take several months to complete, to ensure the wooden pieces do not fall apart after drying.

“Now we cannot let it dry out, or the well would be destroyed,” Bayer said. “That is why we will gradually replace the water with a new preservative that each of us knows and uses. It is saccharose. So we will increase the concentration of the sugar solution,”

The well measures about 55 inches in height, with a square base of about 32 by 32 inches. The design reveals that Neolithic people were capable of more advanced architectural techniques than previously thought.

The structure, built with grooved corner posts with inserted planks, also highlights the builders’ advanced carpentry abilities — unknown across the continent during the Neolithic period, the later portion of the Stone Age.

The structure was said to be constructed with the “utmost precision” even though the only tools available at the time consisted of stone, bone, horn, and wood.

“The shape of the individual structural elements and tool marks preserved on their surface confirm sophisticated carpentry skills,” the researchers said.

During a preliminary analysis, experts found evidence of many invertebrate animals and small vertebrate bones, shellfish, crustacean eggs, and insects.

Researchers were also able to deduce some information on the environment and economy of these farmers after identifying the residue of crop plant species, including prehistoric wheat, flax, and opium poppy.

This well is the third Neolithic well found in the country in four years.