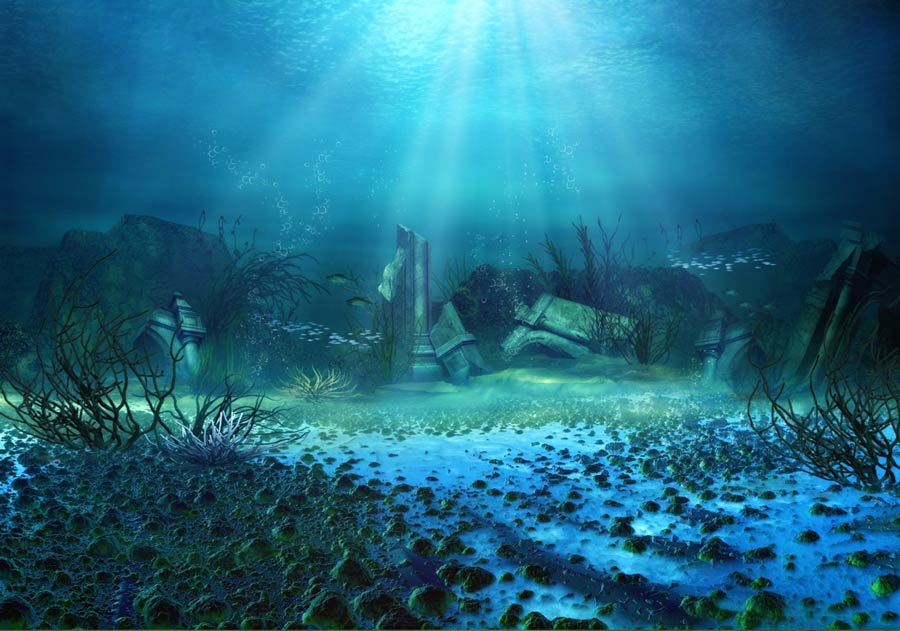 A self-proclaimed amateur archaeologist professes that mysterious granite stones found over the years by fishermen near the uninhabited Chandeleur Islands, located 50 miles east of New Orleans in the United States, are actually architectural artefacts from a 12,000-year-old lost city.

Having visited the site 44 times, George Gelé, a retired architect, is convinced that he has found the remains of a submerged city predating the ancient Inca, Maya and Aztec civilizations of the Americas.

Even more startlingly, he claims that there is a pyramid in the granite city, which he has named “Crescentis”, that is related to the Great Pyramid at Giza! The oldest of the Seven Wonders of the Ancient World, the Great Pyramid is located in Greater Cairo in Egypt.

“What’s down there are hundreds of buildings that are covered with sand and silt and that are geographically related to the Great Pyramid at Giza.

Somebody floated a billion stones down the Mississippi River and assembled them outside what would later become New Orleans,” Gelé told CBS affiliate WWL-TV.

The Building Blocks of the Lost City of “Crescentis”

So what exactly has Gelé built his theory of a lost city on? While its foundations may be weak, the building stones are solid enough.

Local fishermen have for years been talking about netting strange square rocks near the Chandeleur Islands. Granite in the area is certainly something that requires explanation, given that it isn’t found naturally in Louisiana or Mississippi, reports the Sun.

Gelé, who has taken 44 trips to the site over nearly 50 years, has produced underwater sonar images of what he is convinced are discernible ruins of major buildings. These, he claims, include a large pyramid. “All I know is somebody built a city 12,000 years ago and it’s stuck out in Chandeleur.

Whether or not they had someone on their shoulder who flew in with a UFO, I don’t know. All I know is they left a whole lot of granite rocks out there,” he said according to WWL-TV.

But that’s not all. According to Gelé, the pyramid, which he estimates is 280 feet (85 meters) tall, produces an incredible amount of electromagnetic energy. His claims are corroborated by local shrimper Ricky Robin who’s been out with him on four excursions.

According to Robin, the compass on his boat spun completely out of control as they neared the point which Gelé told him was the tip of the pyramid. “Everything will go out on your boat, all your electronics. Like as if you were in the Bermuda Triangle. That’s exactly what we got here,” he is quoted in the Sun as saying.

He added that the granite slabs that fishermen found in the area at regular intervals had long been a topic of discussion and putting two and two together, he thought of them immediately as pieces of the pyramid since it was exactly where his compass went crazy.

A Lost City? Or Are There More Mundane Explanations?

Though he has his adherents, many treat Gelé’s claims with skepticism, subscribing to explanations that are as of now less of a stretch of imagination than the theory of a submerged city near the Chandeleur Islands.

And there are several of these rather more realistic explanations. One is from a late 1980s Texas A&M study that claims the granite blocks originate from old shipwrecks or ballast stones thrown overboard by Spanish and French ships to lighten their load as they entered shallow waters.

In fact, Gelé himself made a presentation in 2014 along similar lines. There he explored possibilities of the stone piles being from a construction dump or a build-up from several shipwrecks.

LSU archaeology professor Rob Mann told the local newspaper the Advocate in 2011 that he believed the granite slabs originated from an abortive attempt to build an artificial reef.

The state’s archaeologist told the same newspaper that while he agreed that barge loads of stones seemed to have been dumped there, the reasons were not clear.

The jury is still out on whether there is any substance to Gelé’s claims of a 12,000-year-old lost city, or whether the more commonplace explanations are closer to the truth. Certainly, Gelé’s hypothesis is more romantic. But until future dives, solar technology or satellite imaging help him put some proof out there, he will find it difficult to find serious scientific backing for his lost city ideas.