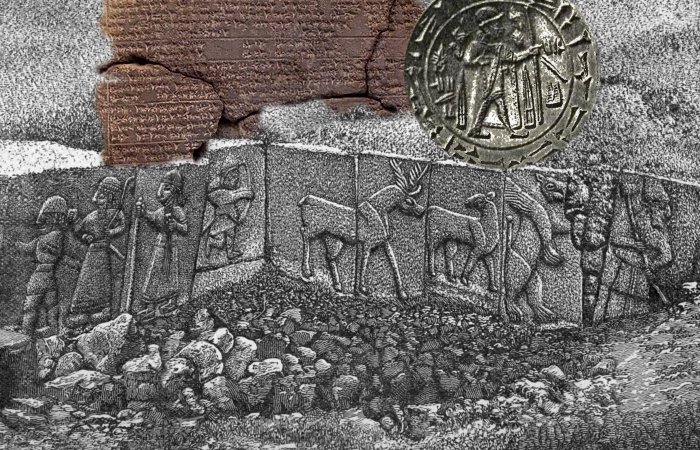 The ancient city of Kussara has never been found, but there is no reason to doubt its existence. Located somewhere in Anatolia, the Bronze Age city of Kussara was once an important place where the Old Hittite Kingdom emerged for the first time.

Today, the term is used as a general reference for the peninsula occupied by the modern nation of Turkey. “The history of the Anatolian peninsula has long and colourful.

Over the centuries, the land has been home to Hittites, Phrygians, Persians, Greeks, Romans, and Turks, to only mention a few. These people left indelible marks on the face of the peninsula, the meanings of which are only now beginning to be fully realized.”

The fact that so many powerful ancient civilizations lived in this region attributes to its rich history, but at the same time, it makes it challenging to trace the beginnings of a particular tribe or an entire civilization.

This is the case with the Hittites. It’s well-known that Hattusa was the capital of the Hittite Empire. However, before the Hittites established Hattusa,  the Old Hittite Kingdom emerged in the today lost city of Kussara.

Kussara is mentioned in significant ancient texts, and the city is associated with King Anitta. Though archaeologists have not yet found the ancient ruins of Kussara, scientists are confident this is a real and not mythical place.

According to historians, “the Old Hittite Kingdom may be said to begin with Labarna I, the first king of the dynasty that established the kingdom of Hattusa. Two earlier kings, Pithana and his son Anitta bear an as yet unclear relationship to the first Hittite dynasty of Labarna.

Pithana and Anitta occur in Old Assyrian texts and a dagger or spearhead inscribed with “the palace of Anitta the king” discovered in the city district at Kanes provides additional documentation.

This dagger could indicate that Anitta was king of Kanes, or if the destruction of this level can be attributed to him, that the dagger was lost there.

According to the Anitta text, the one text from the Hittite state archives attributed to him, Anitta and Pithana, based in their home city of Kussara, created an empire made up of neighbouring small kingdoms. Anitta later moved his residence to Kanes/Nesa. Among the kingdoms he conquered was Hattus, which had a karum. He sowed weeds on the site and cursed any who would rebuild it.”

Ancient texts mention, “Anita’s father Pithana, king of Kussara , waged against the city of Nesa. The city was conquered, its people spared and its gods honoured through the building of new temples. Nesa became one of the residences of the kings of Kussara.”

The establishment of Kassura eventually made the Hittite Empire powerful as its people could control “the only remaining tin routes between east and west. These routes went north of the Hurrian occupation.

Control of these northern routes put the Hittites in a most commanding position with respect to the rest of Anatolia. Later the Hittites were to move south, presumably in search of control of the southern trading routes.”

Evidence, the inhabitants of Kassura engaged in trade, has been found on Old Assyrian trade tablets that mention a palace and a karum (Assyrian trade station) existed in the city.

A Hittite cuneiform tablet also mentions how Hattusili I, a King of the old Hittite Kingdom who reigned 1586–1556 B.C., “failed to conquer Aleppo because he was severely wounded (Klengel 1992: 345) and had to be transported to Kussara.”

There is no doubt the ancient city of Kussara existed, but its location is a mystery. Archaeologists are searching for the ruins of the ancient lost city, and there is hope the birthplace of the Old Hittite Kingdom will eventually be found. Once this happens, we will learn more about the beginnings of this intriguing ancient civilization.