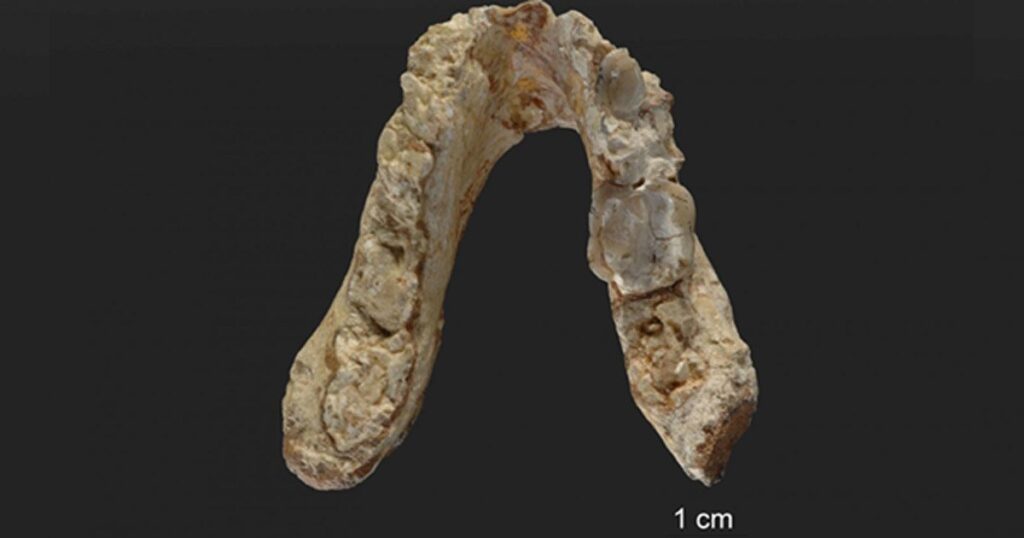 A new analysis of two 7.2 million-year-old fossils belonging to a hominin species nicknamed “El Graeco” from Mediterranean Europe, suggests that mankind emerged in Europe and not in Africa.

The new study could reshape history since it openly challenges the “out of Africa theory.”

The Out of Africa Theory in Serious Doubt

When an ancient, toothy lower jaw was discovered back in 1944 in Pyrgos Vassilissis, Greece, nobody really paid attention to the fossil as the casualties in Greece from World War II were so catastrophic that the extremely significant discovery was literally ignored by most anthropologists.

When it comes to modern human origins, the “Out of Africa” hypothesis has remained the dominant theory for decades, which suggests that every living human being is descended from a small group in Africa, who then dispersed into the wider world displacing earlier forms such as Neanderthals and Denisovans.

However, according to Sky News reports, the birthplace of modern human beings may have been the eastern Mediterranean and not Africa, as an international team of scientists studying the ancient fossils of a tooth and lower jawbone, now suggest.

In 2012, the ancient jaw bone was joined by a fossilized premolar tooth uncovered in Azmaka, Bulgaria. Scientists suggest that the remains belonged to an ape-like creature, Graecopithecus freybergi, which is now believed to be the oldest known pre-human, dating back as far as 7.2 million years.

With the help of micro-computed tomography and 3D reconstructions of the roots and internal structure of the fossilized teeth, the researchers discovered distinctive features of contemporary humans and their early ancestors.

Project director Madelaine Böhme of the Senckengberg Center for Human Evolution and Paleoenvironment at the University of Tübingen, co-author Nikolai Spassov from the Bulgarian Academy of Sciences, and their colleagues examined both the Pyrgos fossil and the related upper premolar tooth.

Anthropologists refer to “El Graeco” as hominin or pre-human for now because the last common ancestor of modern humans and chimps retained both non-human primate and human characteristics. However, with the help of computer tomography, Böhme and her colleagues noticed that El Graeco’s features were evolving into more like modern human-like forms,

“While great apes typically have two or three separate and diverging roots. The roots of Graecopithecus converge and are partially fused — a feature that is characteristic of modern humans, early humans and several pre-humans including Ardipithecus and Australopithecus,” Böhme said in a statement as Seeker reports.

Furthermore, one of the researchers, David Begun from the University of Toronto, believes that if we move Graecopithecus to our own line, then mankind’s history could be re-written.

“If this is indeed a human, it would be the oldest human ancestor known and the first to be identified outside of Africa.

Ever since Darwin, conventional wisdom is that the last common ancestor of chimpanzees and humans lived in Africa. Our research shows that the earliest humans may have evolved in Europe,” he tells Science Alert.

El Graeco’s Descendants May Have Migrated to Africa

Although Böhme appears to be confident that El Graeco’s ancestors are Eurasian hominines, such as Ouraanopithecus from Greece, she and her team are not ruling out the scenario that some of his descendants possibly migrated to Africa at some point.

Of course, they consider it most possible that several of his descendants, as well as other early pre-humans, remained in the Mediterranean and spread throughout Europe and Asia.

If this theory is true, then it’s very possible that his descendants could have evolved into Neanderthals, Denisovans, and the other early humans known from these geographical areas that are directly related to people of European and Asian origin nowadays.

The only sure thing is that if more evidence confirms such theories in the near future, human history as we know it today would drastically change. As Spassov tells Seeker, “Our new hypothesis is a smoking gun.”