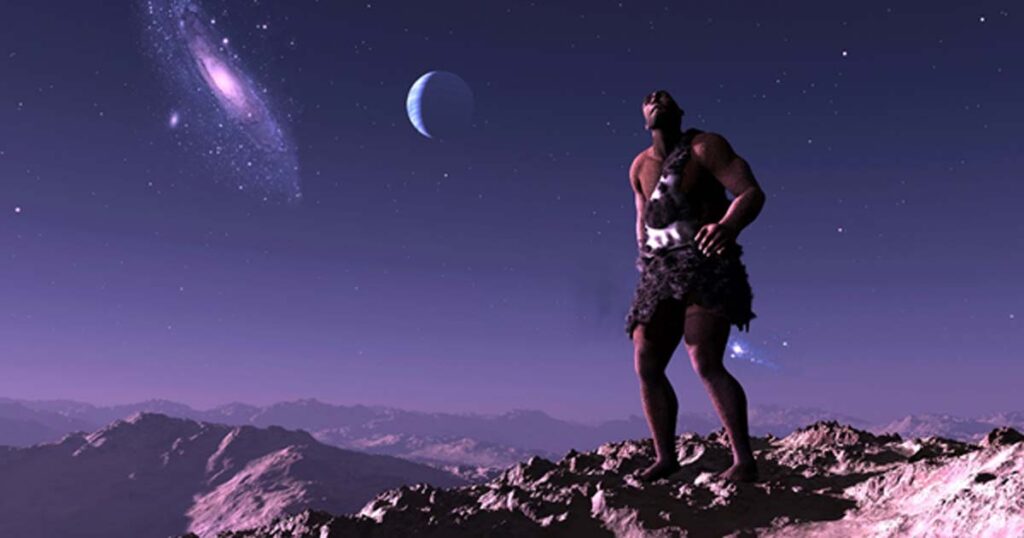 It is obvious to any astronomer that some of the brightest objects in the night sky are the planets. It is thus mysterious that there are so few references to the planets in ancient literature.

Prior to decoding the Babel Text, which is an archaic geometric text that is based on astronomy, the oldest representation of the planets orbiting around the sun was ancient Greek philosophers Hicetas and Philolaus’ discussion of the planets orbiting a hot ball of metal, but there is little to indicate that they knew the relative orbital distances.

However, with Dr. Derek Cunningham’s recent discovery of the Babel Text, a 5,300 to 5,600-Year-Old text from Lingjiatan, China, our understanding of the ancient past has changed dramatically. Now it is possible to read the enigmatic geometrical symbols on ancient artefacts and to identify subtle astronomical details that prior historians have missed.

In China, one of the most intriguing sites is Lingjiatan. The Lingjiatan culture existed from 5,500 to 4,000 years ago; and at around the same time as Stonehenge was constructed, the Chinese also created astronomical observatories and stone circles. Remarkably, the larger stones used to create the Chinese stone circles were not local to the area, which is the exact same trend seen later at Stonehenge.

Amongst the thousands of artefacts recovered at site 87M4:30, two items have caught the attention of Chinese archaeologists and historians.

A Depiction of Heaven and Earth

The first is an engraved geometric plaque that was found in 1987 between two jade tortoise shells that draws the ancient Chinese description of Heaven and Earth. This is a geometric drawing with lines radiating through two concentric circles, with four arrow-type symbols placed on the outer circle. At the centre of this complex drawing is an eight-pointed star that is still used as a pattern in local tribal clothing. For example, the Yi describes (note: the linked text is in Chinese) the eight-pointed star as the “the heaven and earth gossip pattern.”

This symbol is also mentioned in the Chinese document called the “Book of Changes”, where it is said the universe began in a state of chaos called Taiji and it was centered on the rotation of the North Pole. Then order developed from this chaos and Taiji created two Yis. One Yi was called Earth (Yin). The other Yi was called Heaven (Yiang).

In the book “Chinese Jade”, the author Ming Yu then states that Yin created what was called the four Xiangs, which are represented by four arrow-type images. These are argued by Chinese historians to be the same symbols drawn on this jade plaque. Then Yin developed into the shape of a square (perhaps reflecting a rectangular Mercator Map of Earth), and the heavens then circled three (or four) times around Earth. The jade plaque is dated differently by various researchers, but it is normally considered to be between 5,600 to 5,300 years old (see work by Li Liu, and Xingcan Chen.)

This archaic map can also explain the various aquatic descriptions that the Greeks gave to the constellations; where it is found that when an expanded map of the stars is wrapped three times around Earth the Greek water constellations intriguingly mark the oceans and the constellations that describe heroes that did not drown mark the continents. The same book also describes the initial discovery of the original Babel Text.

Language in the Babel Text

Though many dedicated Ancient Origin readers will know of Derek Cunningham’s prior work, where he analyzed many geometric symbols around the world and noted the archaic patterns were apparently used as a very simple code, in which the angles of the lines were set to reflect the key astronomical values that astronomers used to calculate time and predict eclipses, few will have heard the phrase, “The Babel Texts”.

The reason, for now, referring to these lines as being the original written and spoken world language comes from a preliminary analysis that has recovered a phonetic code that can be attached to the lines. This means the lines are both mathematical values (that reflect astronomical terms) and a type of alphabet, where each line can be given a consonant that depends on the angle of the line.

To this pictorial text, a vowel can also be attached, where the vowel depends on whether the offset is above or below the horizontal, or to the right or left of the vertical.

This idea is discussed in much more detail in the author’s latest book “The Babel Texts”, where the basic conclusion is that the same astronomical code was used worldwide, including in Australia and in North and South America, during the Stone Age.

Intriguingly, though the original world “spoken” language rapidly diverged over time, it appears the written text was far more resistant to change, and that permits more modern texts, such as proto-cuneiform and other angular-based texts such as Irish Ogham, to be used to recover phonetic clues; which now brings us back to the Chinese Neolithic Lingjiatan astronomical site and a second intriguing pattern that was found on a jade eagle.

The Babel Text also appears on this jade artefact, but what is important about this archaic text is the pattern apparently names six planets and the moon and the sun. From its layout, it is possible to extract the names of the celestial bodies.

The most important point to note is the inverted triangles on this jade eagle are almost all symmetrical. The exception is just one pairing, which is created using the -18.6, -5.1 degree pairing. These astronomical values are linked to the angle of the moon’s orbital plane relative to Earth, and the moon’s 18.6-year long orbital cycle around Earth. As this is the only inverted triangle that uses the 5.1-degree value, this inverted triangle is believed to represent the moon.

Using various ancient texts to try to determine phonetic values for these lines then produces a relatively simple text that matches later Ogham phonetic values. In this case, it appears the names for the celestial bodies are GeGo (Earth); ShyiShyu (Mercury); Ish(o)?Ishe (Venus); NuNi (Mars); IsheIsh(o)? (Jupiter); NiNu (Saturn); Ish(o)?Hes (The Moon) and ShyuShyi (The Sun).

Intriguingly, this jade eagle also provides the earliest known drawing of the inner solar system. By using the holes that create the eyes and the nose of the various animals to draw circles, it is found that the image draws the orbital distances for the first four planets. It is also intriguing that this jade eagle is considered to be circa 5,300 years old, which makes it marginally older than the earthwork found at Stonehenge.

Both the jade eagle and the layout of Stonehenge are described in more detail in the author’s book “The Babel Text”, but what is now becoming clear is the same astronomical knowledge was present in both Britain and China at around the same time period.

The Case of Stonehenge

In the case of Stonehenge, I could find no prior work by any other author that mentions the size of the Stonehenge earthwork relative to the central stone circle that appears to show the relative diameters of the moon and planet Earth. The width of the stone circle at Stonehenge also appears to reflect the apparent change in the size of the moon at apogee and perigee. It thus seems likely that circa 5,300 years ago the Mesopotamians, the people who settled in the Orkney Isles, and the Stone Circle Builders of Lingjiatan were in contact.

However, this is not the only time the world was in contact.

A Connection Since the Appearance of the Fist Homo sapiens

For this archaic text to be the original Babel Text, it must be old enough to explain the appearance of the same geometric text in Australia and in California and Nevada in North America; and with the original text to guide us, it is actually possible to follow this text through time. Amazingly, the journey does take us all the way back to the appearance of the first Homo sapiens.

Unfortunately, it is not possible to discuss all the results here, but it is now clear that the Bible was correct. There was a time when the whole earth was of one language, and of one speech. The only surprise is we didn’t realize that the phrase “One Language” was referring to an archaic written text.