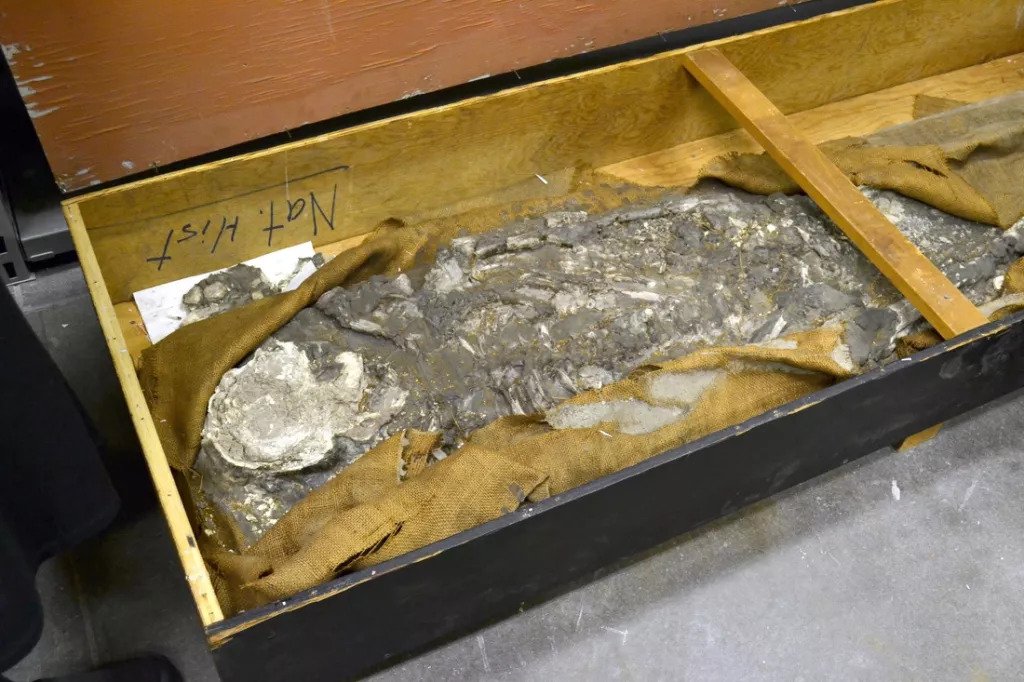 The rediscovery of ‘Noah’, a 6,500-year-old skeleton, who survived a Great Flood

Scientists at the Penn Museum in Philadelphia are quite literally cleaning the skeletons out of their closets. Museum staff recently rediscovered a 6,500-year-old human skeleton that’s been boxed up in the basement for 85 years.

Tucked away in a storeroom, the wooden box had no identifying numbers or catalogue card. But a recent effort to digitalize some of the museum’s old records brought forth new information about the mysterious box’s history and the skeleton, nicknamed “Noah,” inside.

The human remains inside the box were originally unearthed between 1929 and 1930 at the site of Ur in modern-day Iraq by Sir Leonard Woolley and his team of archaeologists from the Penn and British Museums, according to the records.

Woolley’s excavation is best known for uncovering the famous Mesopotamian “royal cemetery,” which included hundreds of graves and 16 tombs laden with cultural artefacts. But the archaeologist and his team also discovered graves that preceded Ur’s royal burial ground by about 2,000 years.

Though remains from this period were extremely rare even in 1929, Woolley decided to recover only one skeleton from the site. He coated the bones and surrounding soil in wax, boxed them up and shipped them to London, then Philadelphia.

A set of lists outlined where the artefacts from the 1929 to 1930 dig were headed — while half of the artefacts remained in Iraq, the others were split between London and Philadelphia.

One of the lists stated that the Penn Museum was to receive a tray of mud from the excavation, as well as two skeletons.

But when William Hafford, the project manager responsible for digitalizing the museum’s records, saw the list, he was puzzled. One of the two skeletons on the list was nowhere to be found.

Further research into the museum’s database revealed the unidentified skeleton had been recorded as “not accounted for” as of 1990. To get to the bottom of this mystery, Hafford began exploring the extensive records left by Woolley himself.

After locating additional information, including images of the missing skeleton, Hafford approached Janet Monge, the Penn Museum’s curator of physical anthropology. But Monge, like Hafford, had never seen the skeleton before.

That’s when Monge remembered the mysterious box in the basement.

When Monge opened the box later that day, she said it was clear the human remains inside were the same ones listed as being packed up and shipped by Woolley.

Penn Museum researchers have nicknamed the re-discovered skeleton “Noah,” because he is believed to have lived after what archaeological data suggests was a massive flood at the original site of Ur.

New scientific techniques that weren’t yet available in Woolley’s time could help scientists at the Penn Museum determine much more about the time period to which these ancient remains belonged, including diet, ancestral origins, trauma, stress and diseases.