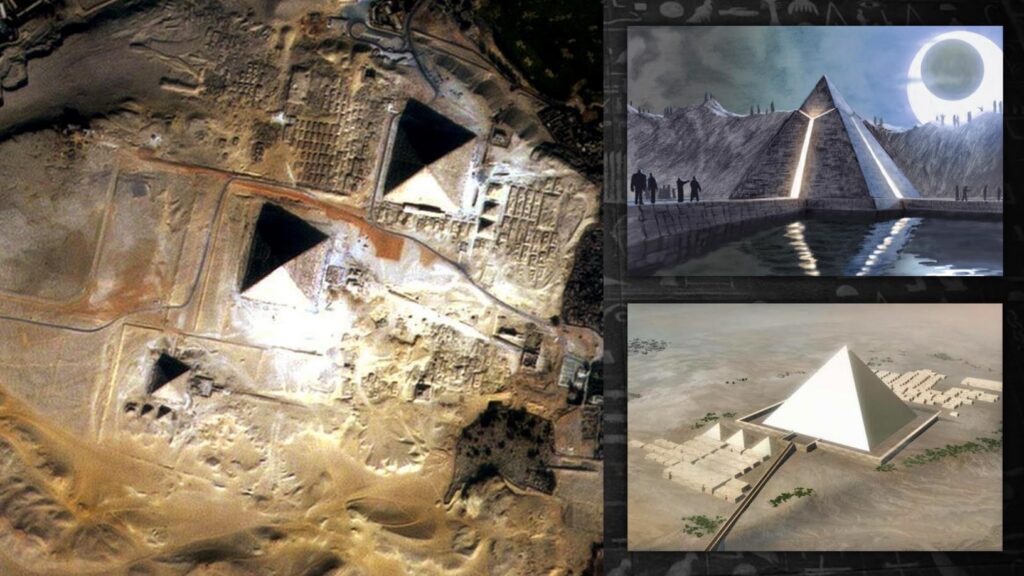 One of the most important literary works in history mentions a machine that may have been used to build the pyramids. Exactly how were the ancient Egyptian pyramids built? Using what tools and technologies did these massive structures come into existence?

In 440 BC, Herodotus composed his greatest work “The Histories”, a record of ancient traditions, politics, geography and various cultures that were known in West Asia, North Africa and Greece.

“The results of the investigation carried out by Herodotus of Halicarnassus are presented here. The objective is to prevent the traces of human events from being erased by time and to preserve the fame of the important and notable conquests produced by both Greeks and non-Greeks; The issues addressed are, in particular, the cause of hostilities between Greeks and non-Greeks…”

The history of the pyramids of ancient Egypt

During the Third Dynasty of Ancient Egypt, specifically during the reign of Pharaoh Djoser, Ancient Egypt witnessed the birth of a new type of monument. They saw the abrupt introduction of a type of building made of stones, rising to the sky like a ladder. The step pyramid and its supermassive enclosure are believed to have been built during Djoser’s 19-year reign, around 2630-2611 BC.

The step pyramid of Djoser. It was built in the 27th century BC during the Third Dynasty for the burial of Pharaoh Djoser. The centrepiece of the complex in Saqqara was a stepped pyramid that rose to a height of about 60 meters. Egyptologists argue that the first ancient Egyptian pyramid was built in stages, progressing from its initial form of a square mastaba to its final six-step pyramid.

Eventually, the birth of the step pyramid saw the ancient Egyptian pharaohs continue to develop the shape, design and complexity of the monument and, under the reign of Pharaoh Sneferu, the pyramid was redesigned in Egypt. Sneferu built three pyramids that effectively changed the way the pyramids were designed and built. The Red Pyramid of Sneferu, erected in the royal necropolis of Dahshur, would have laid the foundation for the construction of the Great Pyramid of Giza according to some scholars.

Mysteriously, all of these revolutionary structures seem entirely absent from the written records of ancient Egypt. There is no ancient Egyptian text that mentions the construction of a pyramid in ancient Egypt – this is undoubtedly very unusual.

No ancient text, drawing or hieroglyphs mentions the construction of the first pyramid, nor are there written records explaining how the Great Pyramid of Giza was built. This absence of history is one of the greatest mysteries related to the ancient Egyptian pyramids. Possibly, with Khufu’s accession to the throne of ancient Egypt, the country began its most daring construction process in history; the Great Pyramid of Giza.

Academics generally claim that Khufu was responsible for commissioning the Great Pyramid and that the structure was planned and designed by the royal architect Hemiunu. Theoretically, it is believed that the pyramid was built in about 20 years. This is an academic assumption, as there are no written sources to prove this as a fact. Like almost everything related to Ancient Egypt, it is all about great mysteries.

With a total volume of 2,583,283 cubic meters (91,227,778 cubic feet), the Great Pyramid is the third largest pyramid in terms of volume.
Although not the largest, it is certainly the highest with its contemporary height of 138.8 meters, lacking its peak. The original height of the great pyramid is believed to be 146.7 meters (481 feet) or 280 Egyptian royal cubits.

In terms of accuracy, the Great Pyramid is an incomprehensible structure. The reason behind this phenomenal accuracy remains an enigma for scholars!!

The pyramid builders (whoever they are) built one of the largest, most precisely aligned and sophisticated pyramids on the planet’s surface, and no one saw the need to document the tremendous architectural achievement. Is not it strange?

In fact, about two thousand years after the construction of the pyramid, we see the emergence of the first literary source that mentions one of the possible devices ― or possibly advanced machines ― used for the construction of the Great Pyramid of Giza. In his work The Stories, Herodotus gives us a description of the alleged machines that the ancient Egyptians used to build the Great Pyramid of Giza:

“After placing the stones for the base, they placed the remaining stones in their places by means of machines…”

“…The first machine lifted them from the ground to the top of the first step. On top of this, there was another machine, which received the stone on its arrival and took it to the second step, from which a third machine advanced it even higher..”

“Either they had as many machines as there were steps in the pyramid, or they possibly had just a single machine, which, being easily moved, was transferred from one layer to another as the stone climbed – both reports are provided and therefore I mention both…”

Herodotus is believed to have obtained these details from priests during his visit to ancient Egypt. Whether these machines or devices were real or not, and whether or not they helped build the pyramids, remains a profound mystery, as archaeologists have discovered no evidence of such devices anywhere in Egypt.

It also remains a mystery whether or not such similar devices were used in the construction of previous pyramids, such as the Stepped Pyramid, the Bent Pyramid or the Red Pyramid in ancient Egypt.