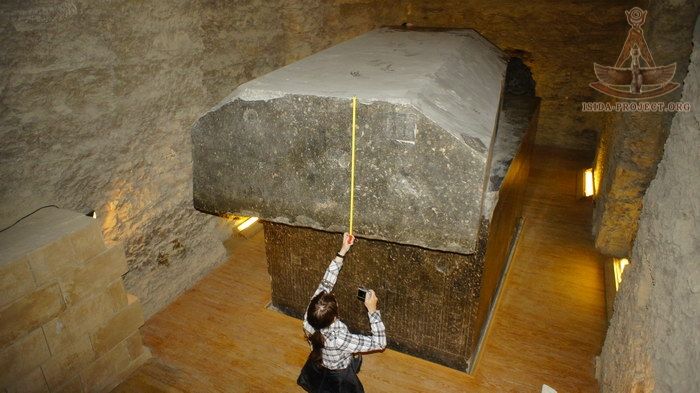 Mystery Of The 100 Ton ‘Boxes’ At The Serapeum Of Saqqara

Located North West of the Pyramid of Djoser at Saqqara, we find the Serapeum of Saqqara. According to archaeologists, it was the burial place of the Apus Bulls, literally speaking the living manifestations of the Egyptian God Ptah.

This necropolis found near Memphis, Egypt is believed to have been built sometime around 1300 BCE, by Ramesses II.

Ever since its discovery in 1850 the Serapeum of Saqqara has puzzled archaeologists and researchers and the tunnels that have been unearthed since have been the subject of debate among many.

This majestic ancient labyrinth is home to 25 megalithic stone ‘boxes’, weighing between 70 to 100 tons…

Incredible Ancient Precision: But How?

As part of the megalithic boxes, the 30-ton lids were made of the same blocks of stone. Upon discovery, some of these were blown open with the aid of gunpowder, only to find the inside of these giant boxes empty.

Researchers have no idea what their actual purpose was, or how these giant boxes were made thousands of years ago.

Interestingly, most of these boxes are made of rose granite, an extremely hard rock mined at a quarry located about 800 kilometres from Saqqara while other boxes were made from an even harder material, diorite, found even further away from Saqqara.

The precision of the boxes is another characteristic that has left researchers or anyone who visits the place, baffled, with deviations registering in the thousandths of an inch.

Extreme precision, thousands of years ago.

The question remains: How is this possible? What are we missing here?

Ancient Egyptians had knowledge of applied mathematics and geometry hundreds of years before the Serapeum of Saqqara was built. The intelligence and ability of ancient Egyptians are not being questioned here.

We know that the earliest known texts about geometry can be found in ancient documents like the Rhind Papyrus and Moscow papyrus. You would imagine that hundreds of years after these ancient texts, ancient Egyptians would be able to create extremely precise constructions with corners with a 90-degree precision.

The only question that remains is how? And from where did the ancient Egyptians get this knowledge? Where are the tools used in these constructions? And why are these giant boxes empty?

Is it possible that the knowledge and technology did in fact originate from the stars as many ancient astronaut theorists suggest?