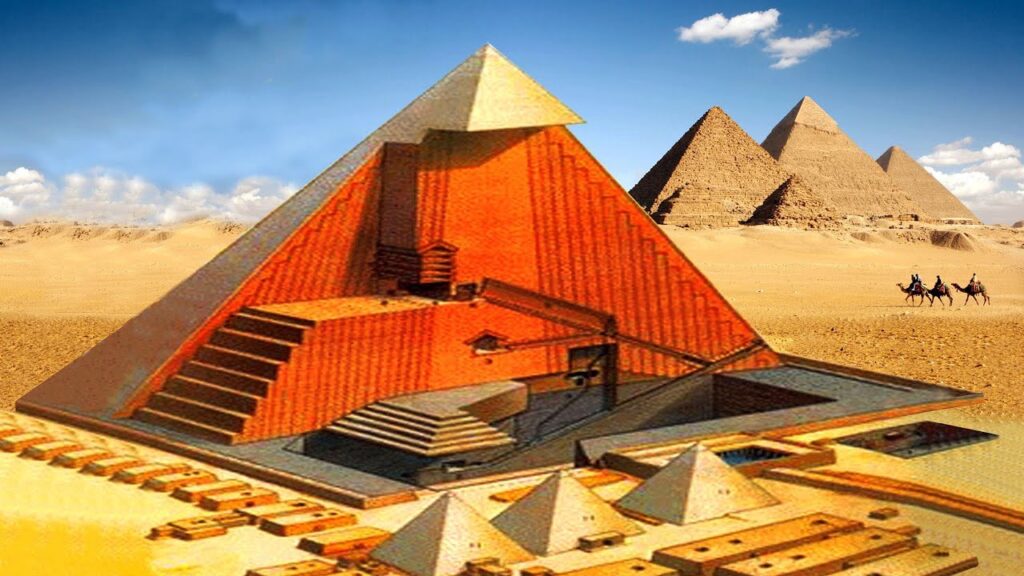 Napoleon Bonaparte’s Mystical Experience Inside The Great Pyramid Of Giza

The great pyramid of Giza is better known as the Pyramid of Cheops. One of the largest monuments in Egypt is marvellous because the scientists haven’t still defined how it was created. It is one of the most arguable topics in modern archaeology.

However, it is not the one and only. Something mysterious is hidden in the area of the Great Pyramid of Giza. Let me assure you, that it has changed the life of Napoleon Bonaparte, the great monarch and conqueror. We’ll talk about how it was possible.

What led Napoleon to Egypt?

Napoleon Bonaparte had been spending one night long inside the Great Pyramid of Giza. When several people from his surrounding asked what had happened in this place, Napoleon gave the unusual answer: ‘If I told you the truth, you would not believe me!’

Well, it happened on the night of August 1799. Let us remind that one year before in the summer more than thirty thousand French soldiers came to Egypt being guided by Bonaparte. Beforehand, he had officially claimed that give liberation to Egypt from Turkish occupation that had been lasting for three centuries. Certainly, Napoleon saw his own profit blocking the free sailing of English people to Eastern colonies.

In addition to that, during this trip, one of Napoleon’s soldiers found the mysterious stone called Rosetta. Furthermore, it helped the scientists to decode Egyptian hieroglyphs. It made Napoleon come up with considerations about the exciting spiritual essence of the Great Pyramids.

Pyramid of Cheops gave a chance to change the tune!

Napoleon must have known something about the places of power and egregore of sacred areas. Having a rest in Nazareth, he headed for Cairo. After that, he decided to spend one night inside the Great Pyramid of Giza, in the chamber of the King.

In the rectangular room, nearly ten meters in length and five meters in width Napoleon had been for seven darkest hours.

The real breath of ancient time was penetrated by the red boisterous movement of torchlight along with the trembling shadows on the walls.

At sunrise, Napoleon went from the Pyramid. His face was pale and he was really frightened. Nevertheless, he reached his lifelong ambition — to spend a night in the chamber of the King like Alexander the Great did.

By the way, Napoleon was remarked to copy some of the biography facts of the leading historical personalities. For instance, he tried to reconstruct some situations from the lives of Alexander the Great and Julius Caesar.

As you have already guessed, the glorious commanders went to certain eye-opening experiences after the night spent in the shrine of the Great Pyramid of Giza.

Although the total vision was never mentioned by Napoleon to anybody in his surroundings there is one interesting conclusion.

Napoleon has seen himself to be one of the greatest emperors in the world. As history has proved, it was going in this way.