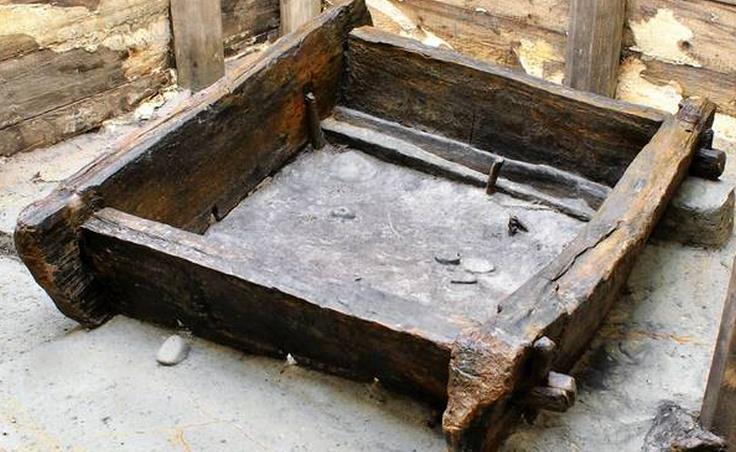 7,000-year-old water wells unearthed in eastern Germany suggest that prehistoric farmers in Europe were skilled carpenters long before metal was discovered or used for tools, made water wells out of oak timbers.

The finds, reported in a paper in the journal PLoS ONE, contradict the common belief that metal tools were required to make complex wooden structures.

The wooden water wells discovered in Germany by the team led by Dr Willy Tegel of the University of Freiburg are over 7,000 years old and suggest that early farmers had unexpectedly refined carpentry skills.

“This early Neolithic craftsmanship now suggests that the first farmers were also the first carpenters,” the archaeologists said.

These first Central European farmers migrated from the Great Hungarian Plain approximately 7,500 years ago and left an archaeological trail of settlements, ceramics and stone tools across the fertile regions of the continent, a record named Linear Pottery Culture.

However, much of the lifestyle of these early settlers is still a mystery, including the climate they lived in and the technology or strategies they used to cope with their surroundings.

“The oak timbers analyzed in this study are also a new archive of environmental data preserved in the tree rings, which could tell an accurate, year-by-year story of the times these early settlers lived in.”

According to the authors, botanical remains collected from the wells (such as the one unearthed near the historic town Eythra in Saxony) provide insight into past environmental conditions and the early Neolithic diet.

The staple food consisted of two types of hulled wheat – einkorn and emmer.

Carbohydrates from cereals were complemented with proteins from legumes, such as peas and lentils.

Oils were obtained from linseed and poppy. Wild fruits supplemented the diet and included strawberries, sloe, apples, raspberries and hazelnuts.

Two plants that have been considered archaeophytes in Central Europe were found in abundance: the bladder cherry and the black henbane, the archaeologists described.