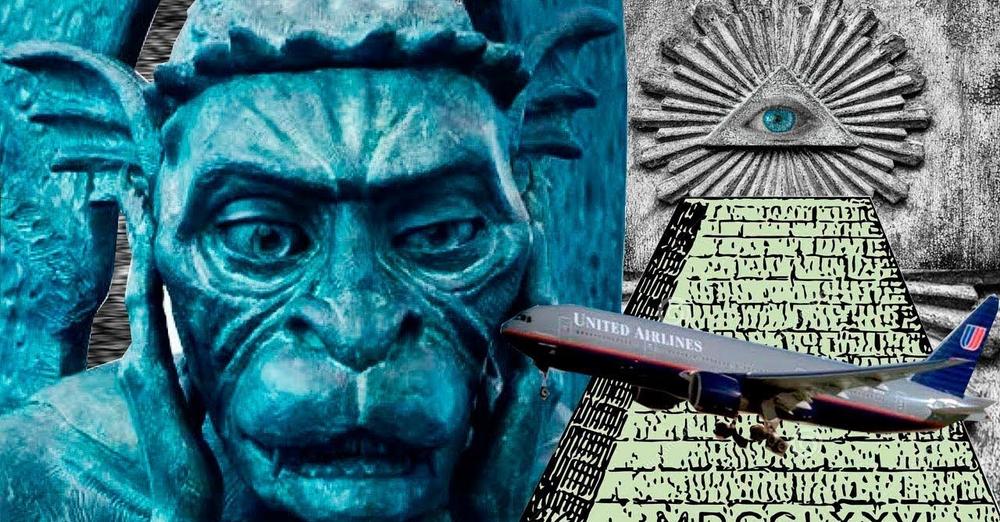 The disturbing “secret military base” under the Denver airport

Perhaps one of the most studied alleged military bases in the world is the one said to lie beneath the new Denver International Airport (DIA).

The new complex was the subject of numerous conspiracy theories before a plane left one of its runways, and it’s easy to see why. The project was initially estimated to cost $ 1.7 billion.

By the time it was completed, after considerable delays no less, the cost had risen to just below the $ 5 billion mark.

When revealed to the public on February 28, 1995, the layout took up much more ground than originally suggested, and the tracks themselves appeared to represent a Nazi swastika when viewed from above.

Even DIA’s mascot Mustang the fibreglass horse, standing proudly outside, with glowing red eyes, has been responsible for at least one death.

Its creator, Luis Jiménez, was killed by his own artwork when Mustang’s head fell off during its completion and fatally severed an artery in Jiménez’s leg.

Throughout the airport, demonic sculptures and artwork haunt the walls, including a strange painting that appears to show the aftermath of a horrendous global conflict.

When the letters “AUAG” were seen on the artwork, conspiracy theories were quick to say that the painting represented an upcoming biological attack, possibly one that would be unleashed by the DIA.

At the time, a deadly new strain of hepatitis called the Australian Antigen – whose symbol was ‘AUAG’ – had just been discovered that only added fuel to these theories.

The stone of dedication found in the state-of-the-art building claims it was built by the ‘New World Airport Commission, but there is no such body found anywhere in the records.

Could it be a secret organization?

The abundance of Freemason symbols found throughout the airport does nothing to stifle these kinds of claims.

Perhaps what most fanned the flames of the DIA conspiracy was the discovery of plans for a “first attempt” to build the new airport.

These plans revealed a total of five known buildings that were completed and then apparently abandoned due to incorrect positioning.

It was later decided that instead of tearing down the buildings and using the materials elsewhere, it would be preferable to bury them, complete and intact.

Some believe that these buildings, however, were not simply buried and abandoned, but are part of the underground complex that is buried and operational below DIA.

Various theories have been put forward as to what these underground facilities might be, from FEMA detention units to “hideout” bases for the global elite.

When numerous construction workers began claiming that there were five-story buildings underneath the main airport, as well as a secret network of tunnels, the conspiracy theories began to seem a little less far-fetched, at least to some.

Perhaps the fact that Denver is the seemingly chosen location for such a secret elite facility is a clue in itself.

The city is one mile above sea level, which is why it is called the Upper Town of Mile.

Does this fact make the area favourable in the event of some kind of natural or man-made catastrophe, in particular a catastrophe that may involve severe flooding and rising sea levels?