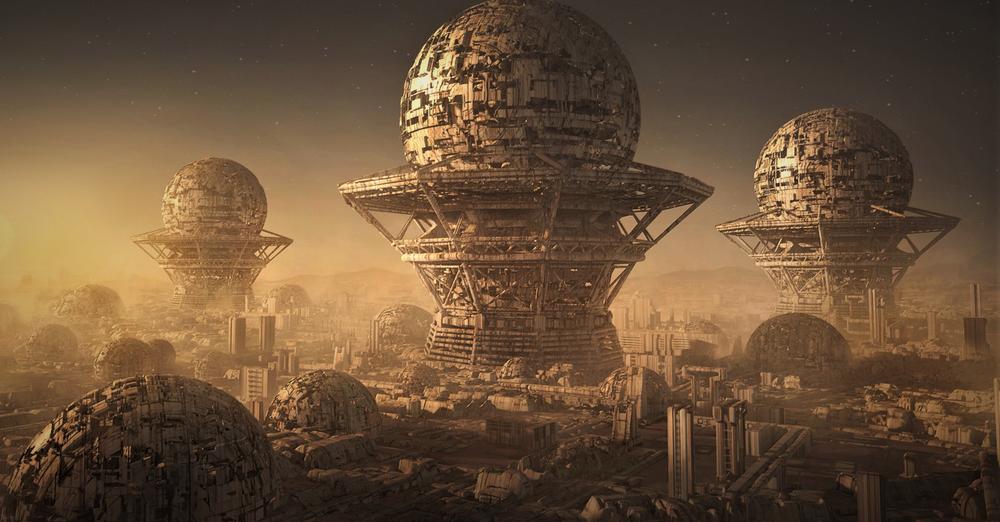 Researcher claims to have found an alien city on Titan (Saturn)

For decades, experts have claimed that Titan is one of the best places to start looking for signs of alien life. However, an image taken of Saturn’s satellite could reveal that not only is their life, but it is intelligent.

The controversial researcher and ufologist, Scott C. Waring, administrator of the web portal Ufo Sightings Daily, has published an image of Titan taken by the European Space Agency’s radar.

In it, what could be an alien ship entering a developed city is observed.

Waring stated that he was looking at a  photo of the satellite, which was taken thanks to the radar of the Cassini orbiter.

In detailing it, he noticed that in the lower right corner there is a round tubular artificial structure. It’s hidden under the surface, but it’s really big.

Although it made it difficult for him to estimate its exact size, he believes it would be about  25 miles wide. The ideal size to house an alien colony.

Waring assures that it is impossible for nature to have made such a structure on Titan, so it is most likely an alien construction. The researcher suggests that it could be a ship that landed in that place to do some work or simply to rest.

On the left side, the object is also more rounded, like a disk, which is probably the front of the ship.

And this couldn’t be something totally strange, especially when many scientists have revealed over decades that Titan is a  perfect candidate to search for life.

Ideal for the formation of life?

The natural satellite of Saturn has a surface covered with lakes, rivers and seas. However, these areas are covered in liquid methane and ethane, rather than water.

This makes the surface air full of nitrogen and methane, making it toxic to human life. However, what makes us think that an alien life that has developed differently from ours could not live on Titan?

Cassini-Huygens missions, over the past 20 years, have provided information on the chemical composition of the satellite. This has led experts to detect the presence of polyimine, which could lead to life in very cold temperatures.

In fact, in its early days, life on Earth began thanks to the presence of hydrogen cyanide and polyimine.

According to computer simulations by experts, all these data suggest that what has been found on Titan is prebiotic chemistry. That is a series of requirements that could ultimately lead to life as we know it.

Second, there is a strong possibility that there is liquid water under the surface of the icy satellite, enclosing a massive subterranean ocean.

Could this be proof that there is an alien civilization inhabiting Titan? Or, at least is it habitable enough for an advanced civilization to take it as a place of passage?