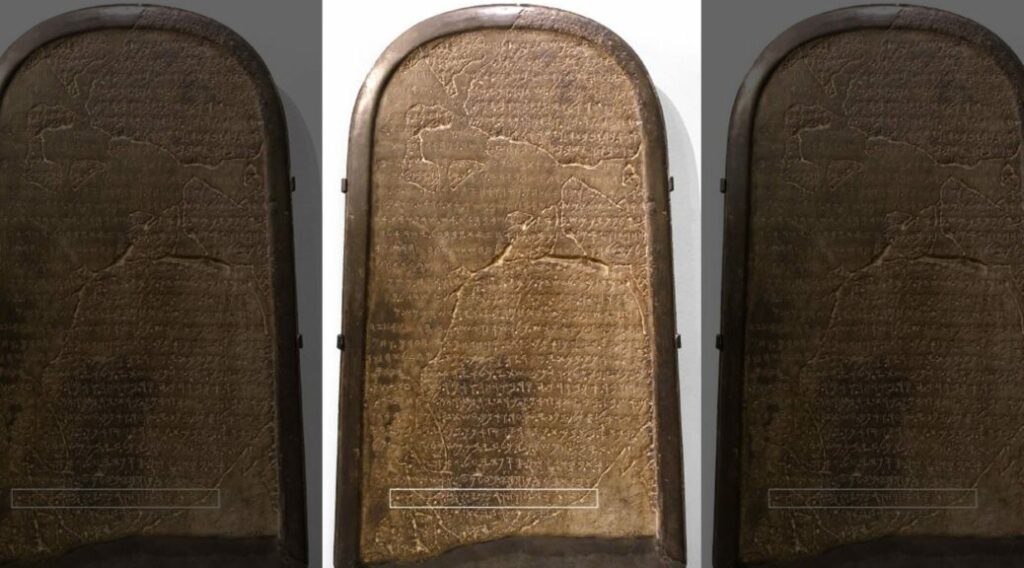 A new reading of an ancient tablet that is hard to decipher suggests that the biblical King Balak may have been a real historical person, suggests a new study.

But the study’s researchers recommend that people take this finding “with due caution,” and other biblical experts agree.” As the authors admit, this proposal is very tentative,” said Ronald Hendel, a professor of the Hebrew Bible and Jewish Studies at the University of California, Berkeley, who was not involved in the study.

The tablet in question is known as the Mesha Stele, an inscribed 3-foot-tall (1 meter) black basalt stone that dates to the 2nd half of the 9th century B.C. The 34 lines on the Mesha Stele describe how King Mesha of Moab triumphed over the Israelites. The inscription is written in Moabite, which is very close to Hebrew.

However, the Mesha Stele is extremely cracked and parts of it are challenging to read because of that damage. When Westerners became aware of the tablet in the 1860s, several people tried to buy it from the Bedouins, who owned the stone.

As negotiations dragged on, 1 Westerner was able to get a paper rubbing of the Mesha Stele; that paper was torn during an ensuing fight, according to a 1994 report in the journal Biblical Archaeology Review.

In the meantime, negotiations soured between the Bedouins and the prospective buyers, who included people from Prussia (North Germany), France and England, in part because of political affiliations with an Ottoman official, whom the Bedouins disliked. So, the Bedouins smashed the Mesha Stele into pieces by heating it up and pouring cold water on it.

Since then, archaeologists have tried to reassemble the smashed tablet by connecting the broken pieces. Now, the Mesha Stele is on display at the Louvre Museum in Paris; about two-thirds of the tablet is made of its original pieces, and the remaining one-third is made of modern writing on plaster, which was informed by the torn paper rubbing, according to the 1994 report.

What does it say?

Researchers have spent countless hours trying to decipher the tablet’s challenging portions. For instance, in the mid-1990s, it was proposed that line 31 referred to “the House of David,” that is, the dynasty of the biblical king.

But some experts are skeptical of this interpretation. In the fall of 2018, the France Secondary School (College de France) had an exhibit on the Mesha Stele, showing a high-resolution, well-lit image of the rubbing. “And of course, we wished to check the validity of the reading ‘House of David,’ suggested for this line in the past,” said study co-researcher Israel Finkelstein, a professor emeritus at the Institute of Archaeology at Tel Aviv University in Israel.

The text contained a definite “B,” Finkelstein said. The earlier interpretation was that this stood for “Bet,” which means “house” in Hebrew. But Finkelstein and two colleagues thought that it stood for something else: Balak, a Moab king mentioned in the Hebrew Bible’s Book of Numbers.

“If Balak is indeed mentioned in the stele as the king of Horonaim [a city in Moab], this is the 1st time in which he appears outside of the Bible, in real-time evidence, that is, in a text written in his own time, in the 9th century BCE.

But this is just one idea, and it might not be correct, Hendel said.”We can read one letter, b, which they are guessing may be filled out as Balak, even though the following letters are missing,”

“It’s just a guess. It could be Bilbo or Barack, for all we know.”Moreover, the Bible places King Balak about 200 years before this tablet was created, so the timing doesn’t make sense, Hendel said.

The authors acknowledge this gap in the study: “To give a sense of authenticity to his story, [the Mesha Stele’s] author must have integrated into the plot certain elements borrowed from the ancient reality.”

In other words, “the study shows how a story in the Bible may include layers (memories) from different periods which were woven together by later authors into a story aimed to advance their ideology and theology,” Finkelstein said. “It also shows that the question of historicity in the Bible cannot be answered in a simplistic ‘yes’ or ‘no’ answer.”