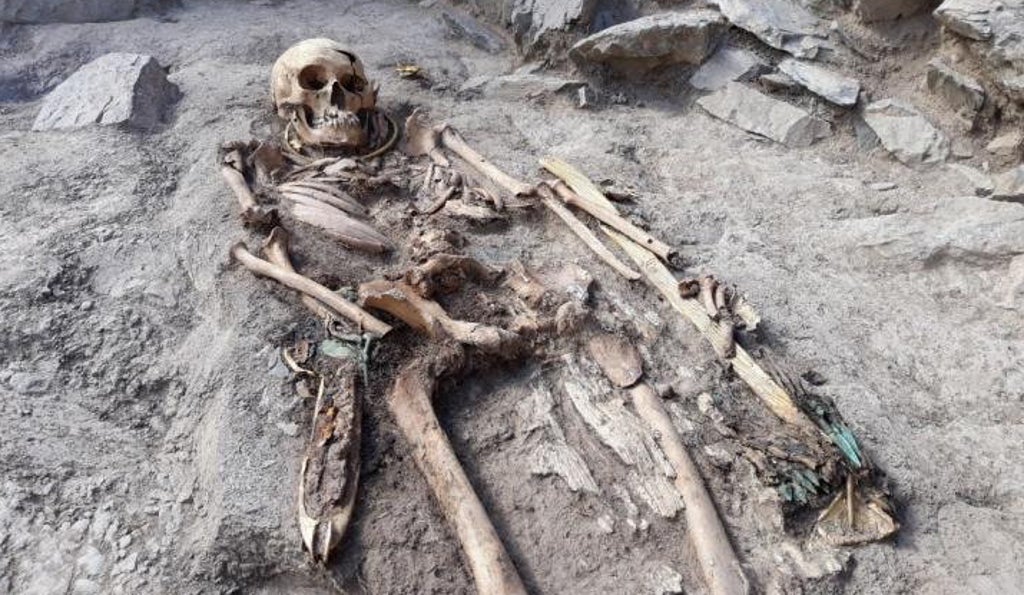 Genetic analysis is all the rage and two separate studies have provided new insights into two peoples: the Scythians of yore, and the Basques of today. The story of the Scythians is one of motion: strangers riding in and mixing with the locals, only to have the same thing happen to them some centuries later. The story of the Basques is pretty much the opposite: they even seem to have eschewed mixing with nearby communities.

Once thought of as a culture of basically horseback warriors constantly on the move, the Scythians are now believed to have been a culture that did include settling down, in some large towns as well, but whose nomadic warriors hugely impressed their neighbours: from the Persians to the Greeks to the Chinese. Today, the thinking is they consisted of groups characterized by shared motifs, including mortuary practices.

The Scythians themselves did not write, leaving it to the empires around theirs to describe their exploits. We don’t even know for sure what language the Scythians spoke if any particular one.

Thus, to this day the identity of “Scythian” has been in some doubt, though they are ascribed in general with innovation in fighting techniques and horseback riding – they are believed to have invented the saddle.

But the antecedents of these people, whose culture supplanted the sedentary Bronze Age societies on the central Asian steppe, had remained mysterious. Now a new paper published in Science Advances by an international team of geneticists, anthropologists and archaeologists, led by scientists from the Max Planck Institute for the Science of Human History, describes the analysis of 111 ancient genomes from 39 Scythian and non-Scythian sites in the Central Asian steppe.

There were three competing hypotheses regarding the origins of the Scythians: Iran, Kazakhstan, and multiple. In fact, the researchers found evidence for at least two areas of origin.

Sweeping in from the Altai Mountains

The Scythian culture arose as the Bronze Age waned and the Iron Age rose in the steppe, though there is still some argument over just how nomadic these people were. In contrast to some theories, the Scythians did settle down and did farm, a recent paper revealed. Before the Scythians’ rise, the steppe had been characterized by sedentary Bronze Age pastoralists, who prove to have been quite homogenous in genetic makeup. Then, as we move to the Iron Age, we find genetic influxes from all directions except north mixing with the herders, the authors explain.

The authors note that the earliest Iron Age burials of nomad-warrior cultures were on the fringes of the Kazakh steppe: the Altai region, dating to the ninth century B.C.E. In fact, the researchers specifically postulate that the Bronze Age herders were joined by people sweeping in from the Altai Mountains in the east, who would spread east and west too in time, mixing with the locals as they went along. Some of the earliest Scythian-style burials were found in the Altai range, the researchers observe. But they also found a more western point of origin: the Urals.

The Scythians ruled the central Asian roost from about 2,700 to 2,200 years ago, and set up a vast trading network with the empires around them. But come the Roman era, evidence of their culture faded from the central steppe. They in their turn were overrun.

After the Iron Age, the authors write, the Kazakh Steppe became a centre for the expansion of multiple empires, including the Xiongnu and Xianbei chiefdoms from the east, and Persian-related kingdoms from the south. “These events brought the demise of the eastern Scythian cultures,” they conclude.

As they had mixed into the locals, they had become the locals that got mixed into. Which cannot be said of the Basques.

The origin of the Basque people living in the Pyrenees straddling Spain and France has long perplexed Science, including because of the strangeness of their language, Euskara. The inability to associate the Basque dialects to the Indo-Aryan group of languages, alone of the tongues in a vast region, plus certain genetic characteristics not shared by surrounding peoples, lent to speculation that they speak the Ur-language; that Euskara is Neolithic in origin, and more, and that the Basques have been more or less isolated since prehistoric times.

Science has not tended to support the more romantic of these notions and their isolation has always been relative.

Now a genetic analysis published in Current Biology sheds light on their origins after all. They aren’t aliens, nor did they come from somewhere else entirely. They are a local people, stemming from early European farmers moving to Iberia who mixed with local hunter-gatherers, according to a study from 2015.

That study concluded that the Basques (and their language) may have some link with the advent of agriculture in Europe (which was thousands of years later than in the Middle East, by the way).

Also, the Basques did experience protracted isolation, but from the Iron Age, not the Neolithic. It was from the Iron Age that, it seems, they did not mix with the people around them or, it seems, talk to them. The multidisciplinary team, including not only geneticists but linguists, led by David Comas of University Pompeu Fabra, Barcelona, concluded that the language formed a cultural barrier that insulated the Basques from contact with populations around them – meaning invaders. They were unmoved by the Roman conquests and later the Islamic occupation of the peninsula, the team writes.

They also note that there are dialects in Basque that may have created internal barriers as well (nearby communities are expected to be genetically more similar than faraway ones). But in this case, the researchers report discovering “a great deal of compartmentalization within an extremely small geographic region” – and that was not expected.

The bottom line is that the Basque people are, after all, pretty much the same as other Western Europeans. But their protracted isolation strengthened some slight differences, because of “scarce gene flow” starting in the Iron Age.

“We find no influences from North Africa which are appreciated in most populations of the Iberian Peninsula, and neither do we find traces of other migrations such as the Romans,” Comas stated.

Isolated inbred populations famously tend to develop unique characteristics, which doesn’t mean they aren’t found anywhere else in humanity, just that they are more common in that group. Ashkenazi Jews, for instance, are famed for certain genetic diseases such as Tay-Sachs syndrome; Mizrahi Jews may suffer from a lesser-known allergy to fava beans. The Jews were culturally isolated, relatively speaking, which explains both sets of conditions.

The Basques seem to have been marked, since the Iron Age, by both geographic and cultural isolation, including, to a degree, from each other. Their acknowledged genetic traits include a high frequency of blood group O and the near-complete absence of group B, as well as a high frequency of Rh-negative blood.

We merely add as an aside that the geographic challenges of Basque country led to speculation that it was always off the beaten path, including in prehistory. Stone Age sites had been found in the mountains, but it was only recently discovered that the Paleolithic residents of the Pyrenees also – like their counterparts in lower altitudes – widely engaged in art. It just wasn’t preserved as well as their ancient language was.