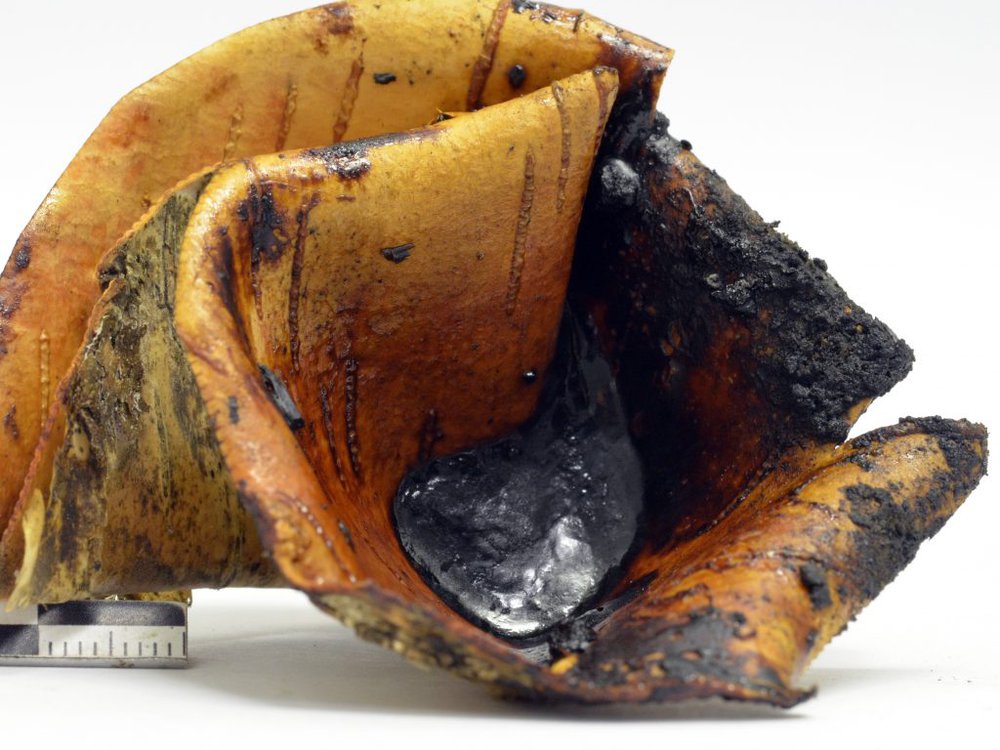 How Neanderthals made the very first glue 200,000 years ago

There are many technological breakthroughs that have dramatically impacted the course of human history: the discovery of fire, the wheel, Doritos-flavored taco shells. But one that doesn’t get much attention is the discovery of glue.

Archaeological evidence shows that as far back as 200,000 years ago Neanderthals were using a tar-based adhesive to glue axe heads and spears to their handles.

Now, reports Jen Viegas at Seeker, researchers have attempted to recreate the Neander-glue, which could help scientists figure out just how technologically sophisticated the species was.

As George Dvorsky at Gizmodo reports, archaeologists have found lumps of adhesive tar likely made from birch bark at Neanderthal sites in Italy and Germany. But just how they made the substance puzzled researchers, especially because they did it without the aid of ceramic pots, which were used by later cultures to produce large quantities of tar.

That’s why a team from the University of Leiden decided to take a crack at making their own batch of Neanderthal tar.

According to a press release, working with the resources available to Neanderthals, experimental archaeologists figured out ways to create useable amounts of tar from birch-bark—no sophisticated ceramic pots or controlled temperatures needed.

They published their results in the journal Scientific Reports.

As Viegas reports, the researchers tested three different methods. The first method is known as “ash mound,” in which the scientists rolled birch bark into a tight bundle and then heaped ashes and embers over it, causing tar to form. They then had to be scraped off the bark. A second method involved placing embers directly on a birch bark roll suspended over a pit, which also produced the tar.

The third method was the most complicated. The researchers created a container constructed of birch bark and placed it in a pit. Then they covered the pit with bark and dirt and lit a fire on top of the mound. While it took more time and fuel than the other methods, it also yielded more tar.

As Dvorsky reports, even the more simple experiments yielded useful amounts of tar in quantities greater than any found at Neanderthal excavation sites.

“It’s possible that all three methods we tested, or even some different methods, were used depending on the needs or requirements at the time,” the first author of the study Paul Kozowyk tells Viegas.

It’s possible that the Neanderthals used the more complicated technique while building tools or weapons and relied on the simpler techniques when making repairs while hunting.

The use of such technology adds to growing evidence that Neanderthals were more sophisticated than previously presented. Other studies have found they created jewellery, painted their bodies, produced cave art and even used toothpicks to treat aching teeth.

There’s also evidence they ritually buried their dead and spoke like modern humans. All of this information paints a portrait of a species not too different from our own.

“What this paper reinforces is that all of the humans that were around 50,000 to 150,000 years ago roughly, were culturally similar and equally capable of these levels of imagination, invention and technology,” Washington University anthropologist Erik Trinkaus, who was not involved in the study tells Dvorsky. Anthropologists have long assumed that their anatomy differed from modern humans their behaviour did as well, he says.

But that isn’t necessarily the case. “What is emerging from the human fossil and Paleolithic archaeological records across Eurasia and Africa is that, at any one slice in time during this period, they were all doing—and capable of doing—basically the same things, whatever they looked like.”

In fact, Viegas reports that evidence for modern humans producing and working with tar doesn’t appear until about 70,000 years ago, over 100,000 years after Neanderthals were using the stuff to help them take down mammoths.