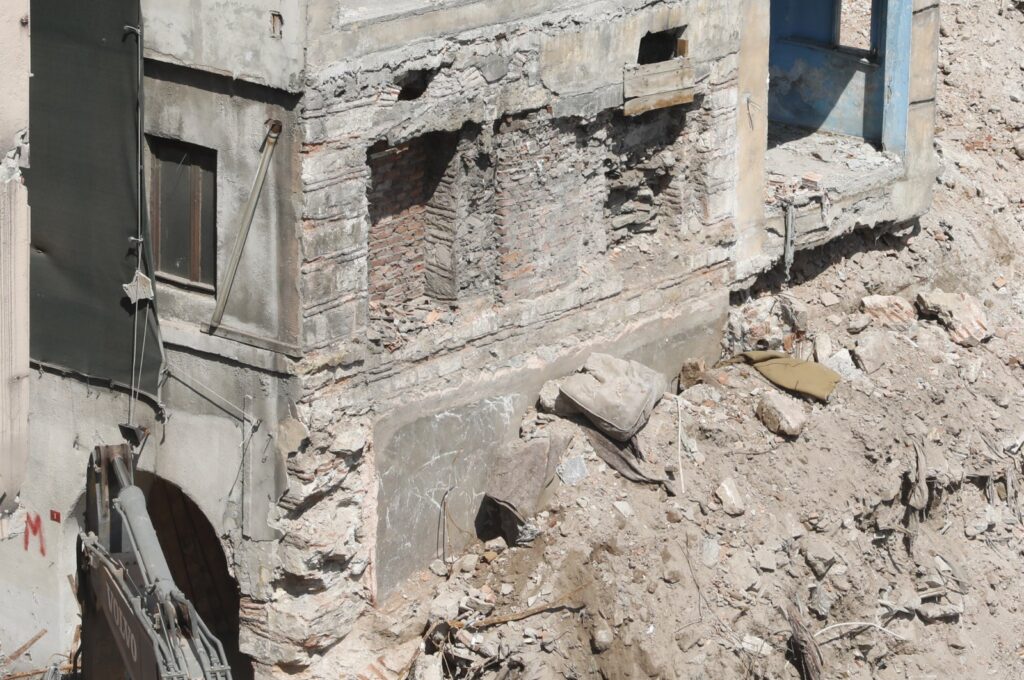 Istanbul’s underground is known for housing a wealth of heritage from ancient civilizations and restoration, reconstruction and restoration work in historic places reveal more of it.

Most recently, workers discovered a Turkish bath dating to the 17th century as they were clearing the area that formerly hosted a red-light district.

Art historian Hayri Fehmi Yılmaz from the Mimar Sinan University of Fine Arts says an apartment building was apparently erected right atop the bath around the mid-17th century.

The bath is located in a street of Karaköy, a quarter of the Beyoğlu district where brothels were located up until two years ago.

Authorities had launched a renovation project for dilapidated buildings used as brothels last year and some buildings are being demolished while others are being rebuilt to be used as culture and arts venues.

The building above the site of the bath had been used as a brothel for most of the 20th century and crews had started its demolition in February.

Yılmaz told Demirören News Agency (DHA) on Friday that it was likely that they would come across more structures or remains to date back to the Ottoman and Byzantine eras as the renovation and demolition work progressed.

“This was a heavily populated area in the past and underwent a series of transformations over the decades, like modern buildings constructed upon ancient structures.

It is a wrong practice to build something upon a site that needs preservation but these buildings were probably constructed illegally and remained unlicensed. We now need to exert caution in demolition work here as I expect more will be found,” he said.

Three streets in Karaköy that are undergoing renovation work are known to house historic sites, including a synagogue built some 120 years ago as well as a building formerly used as a school by Istanbul’s Jewish community.

Officials say the existence of these three buildings, which fell into disuse upon the construction of brothels and other buildings, were already known and the renovation work would also cover their restoration.