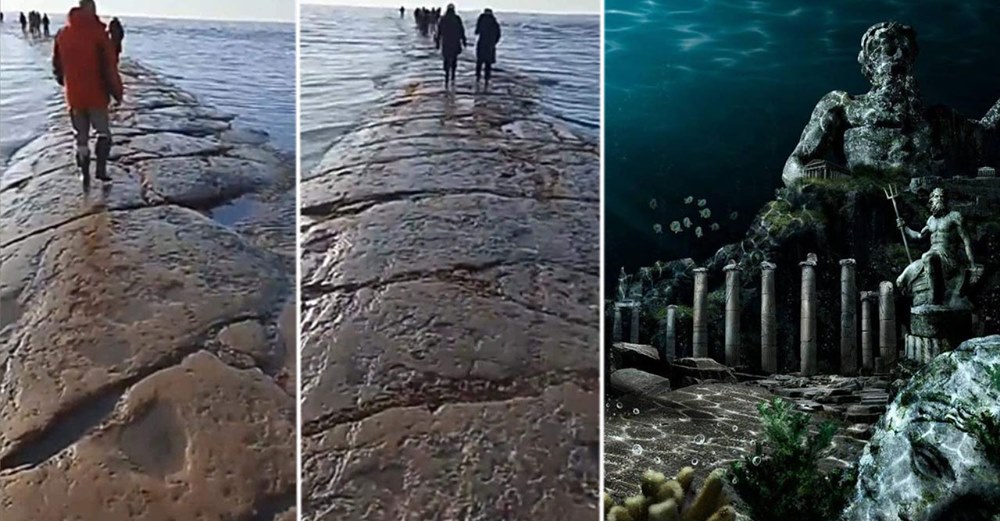 A huge “highway” emerges from the Pacific Ocean: a lost civilization?

Just a few days ago, after the tide had dropped sharply, a “huge highway” of the Pacific Ocean appeared from the seabed.

The images went viral immediately and theories about a lost civilization were not long in coming. A huge stone road emerged from the waters on the shores of the Russian island of Sakhalin. Although it did not last long on the surface, it was enough for hundreds of photographs to be taken.

Is this an artificial work or a product of nature? Although there was no time to analyze it, everything indicates that it is a man-made construction.

Huge highway in the pacific ocean

The mysterious apparition surprised the inhabitants of the island in the extreme east of Russia, very close to the Japanese archipelago.

This was announced by the Institute of Alternative History and Archeology in a publication on its website.

He also explained that, through Google Earth, many other underwater formations can be found on the same coast, a little further north.

The island of Sakhalin is the largest in the entire Russian Federation and borders the Japanese islands to the south. It is located in the Ring of Fire, known for having the most important subduction zones on the planet. This causes that, generally, it receives strong seismic and volcanic activity.

Obviously, some sceptics claim that this is most likely the natural reason for the mysterious structures. However, this would only explain its “formation”, but not its creation.

To begin with, the formations that the institute mentions are further north.

In addition, when observing the huge road it can be seen that it is very similar to those created by ancient man, but eroded by the obvious action of the sea.

For that reason, many people have requested that a formal geological or archaeological investigation be made of this mysterious structure. Although no institute of traditional archaeology has come forward.

It should be noted that, not far from that area, on the Japanese coast, are the mysterious underwater structures of Yonaguni.

According to different researchers, these sunken constructions belonged to the lost civilization of Mu.

The huge road along the Sakhalin coast also reminds the Bimini road, the possible Atlantean remains found in the Caribbean Sea.

So far not much is known about the huge road, other than that it is quite unusual and that its appearance was short-lived.

As long as one of the traditional institutions is not pronounced, speculation will continue. The only good thing is that since there are so many images taken at the moment, there is no possibility that they hide the fact or want to deceive us by changing their shape.